NJ parents force school board to add holidays back to calendar

Randolph, N.J. parent Michael Viespoli tells 'America's Newsroom' that he is happy about the win but weary about what's next from the 'political' school board.

A New Jersey school board has walked back its decision to rid holiday names from its school calendar after parents spoke out against the move.

The Randolph Township Board of Education in New Jersey held a special meeting on Monday "to consider a resolution" after parents pushed back against the board's June 10 vote to start listing each holiday, including religious and national holidays such as Thanksgiving and Memorial Day, as a "day off" on the school calendar.

"The Randolph Board of Education is grateful to the community for its feedback regarding designating school holidays and days off," the board told Fox News in a statement. "After a reconsideration, the school calendar returns to its prior form, adding ALL state and federal holidays."

The statement continued: "The very essence of education is to learn, to grow and to apply lessons learned. The last few weeks have showcased a concerned community, an interested public and a responsive Board of Education that acknowledged a decision made without proper consideration. In the future, a review committee will seek community input on any proposed calendar changes." 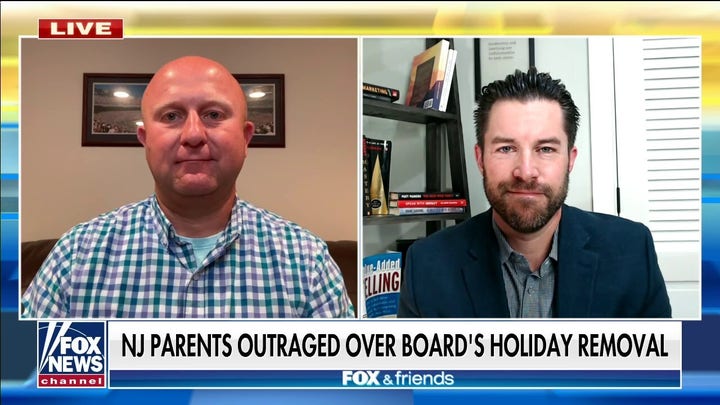 The board added that Randolph Township "has a reputation for academic integrity and a strong sense of community," and it hopes "that those values are once again on display and any past negativity will dissipate" as the board continues its focus on "students and their educational needs."

Monday's special board meeting included three-and-a-half hours of heated public comment from more than three dozen people, many of whom were from Randolph Township, before the board voted to restore holiday names to the calendar.

School board President Tammy MacKay said during the meeting that she did not feel it was the place of the school board to make such decisions.

"I would like to begin by apologizing to those in the community who have been upset by the board's recent decision," MacKay said during the meeting. "I can assure you that I did not intend and I do not believe that any member of this board intended to insult or disrespect the ancestry or heritage of an Italian American or anyone else. I would also like to apologize to those who believe that this board is disrespected or disregarded."

The June 10 vote to remove holiday names initially came after the board renamed Columbus Day to Indigenous People's Day, prompting some parents to voice opposition and even call for board members to resign in a petition. (Oct. 11 is currently marked as Columbus Day in the online calendar.)

Board member Dorene Roche told Fox 5 after the initial vote that if the school district doesn't "have anything on the calendar," it doesn't "have to have anyone [with] hurt feelings or anything like that."

MacKay said Monday she believes and appreciates that many of those who commented at the meeting "have legitimate and good faith issues and concerns regarding our board's recent decisions concerning our school calendar."

MacKay also believes the board "will need to examine and reflect upon how and why our school decisions became a national news story so quickly" and said Randolph Township's "superintendent, administrators and personnel are being unfairly and inappropriately harassed and assaulted and criticized over a school district calendar decision made by this board."

"We need to put this issue behind us," she said. "For me, the value of all this for our district calendar is not and should not be a central function of or issue for a school board. We have a wonderful town and an outstanding and high-performing school district that provides an exceptional education to our children. The issues we are discussing tonight do not and should not define us. We must not let them."