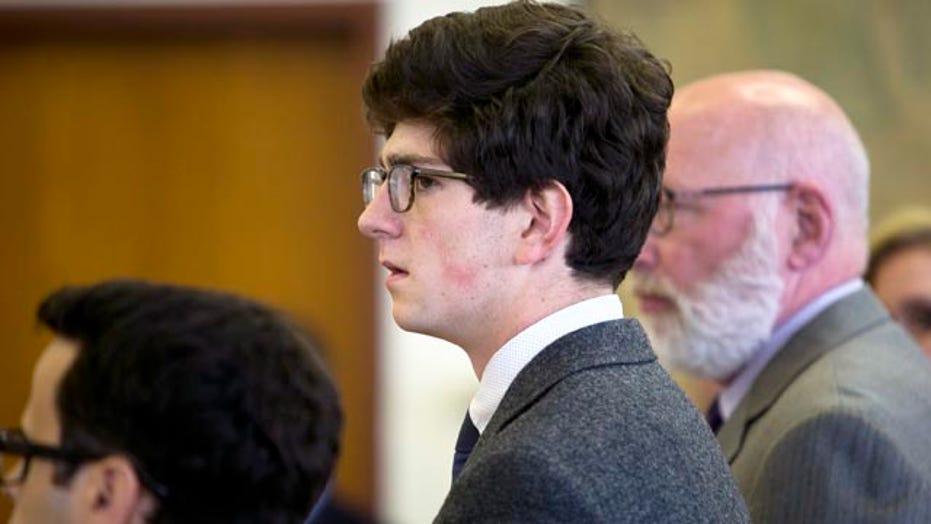 Owen Labrie had been free after his conviction last year, but a judge revoked his bail in March after he admitted violating his curfew. He appealed to the state Supreme Court, which last week returned the matter to the trial court.

Labrie's attorney argued at a hearing on Monday that being locked up for two months has been a "life-changing" experience for him and he'll comply with any additional conditions.

A state prosecutor countered that the only thing that's changed is Labrie, of Tunbridge, Vermont, doesn't like being in jail.

A Merrimack County Superior Court judge said he'll allow Labrie to be released with electronic monitoring via GPS. The earliest Labrie would be released is Wednesday, and the latest is Friday, prosecutors said.

Labrie was arrested in 2014 days after graduating from St. Paul's School in Concord. He was 18 years old then and is 20 now.

During his trial, he testified that he and the girl had consensual sexual contact, but he denied having sexual intercourse with her. He acknowledged he had boasted to the contrary to friends, in profane emails and social media posts that were shared with the jury.

The encounter between Labrie and the girl took place in a nearly deserted building whose roof had a panoramic view of the school's 2,000-acre campus. After a brief time on the roof, the girl testified, Labrie led her to a dark mechanical room, they consensually kissed and touched each other and he raped her.

Labrie had been bound for Harvard University and had planned to take divinity classes before his arrest put everything on hold. He wept upon hearing the verdict last year.