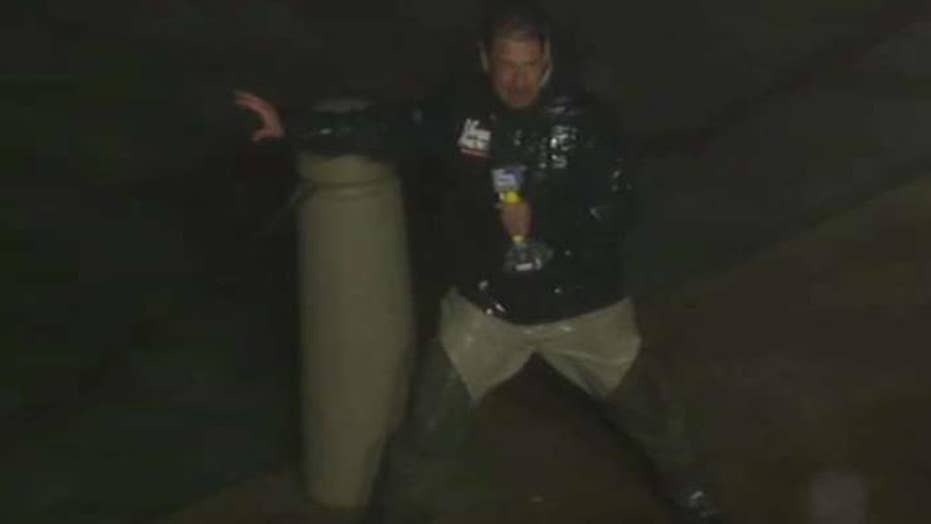 Over 350 people being rescued in New Bern, North Carolina

Authorities in the coastal city of New Bern, N.C., were working with federal responders to rescue at least 150 residents who reported themselves stranded in Hurricane Florence's storm surge.

Colleen Roberts, public information officer for the city of about 30,000 residents, told Fox News that 200 people had been rescued so far as the Category 1 storm battered the area with strong winds and a life-threatening surge.

FEMA teams were employing boats in the rescues and were determining which cases were the most severe. Roberts said many of the residents live near the Neuse and Trent rivers.

Flooding and a strong storm surge prompted more than 90 calls to the emergency operation center in Craven County, N.C., for residents trapped in vehicles and homes, spokeswoman Amber Parker said.

Response teams had already “brought in busloads” of rescued people from areas including Fairfield Harbor, New Bern, Adams Creek and Township 7, she said.

Four shelters were currently open, Roberts said, adding that dispatchers received a call for 17 people stranded all on one street.

The storm was about 35 miles east of Wilmington, N.C., and about 50 miles southwest of Morehead City, N.C., the National Hurricane Center's 2 a.m. EDT Friday advisory said.

Hurricane-force winds extended 80 miles from its center, and tropical-storm-force winds up to 195 miles.

The storm is likely to bring significant rain to the Carolinas, where some places could see upwards of 20 inches, the update said. This is expected to cause "catastrophic flash flooding and prolonged significant river flooding."