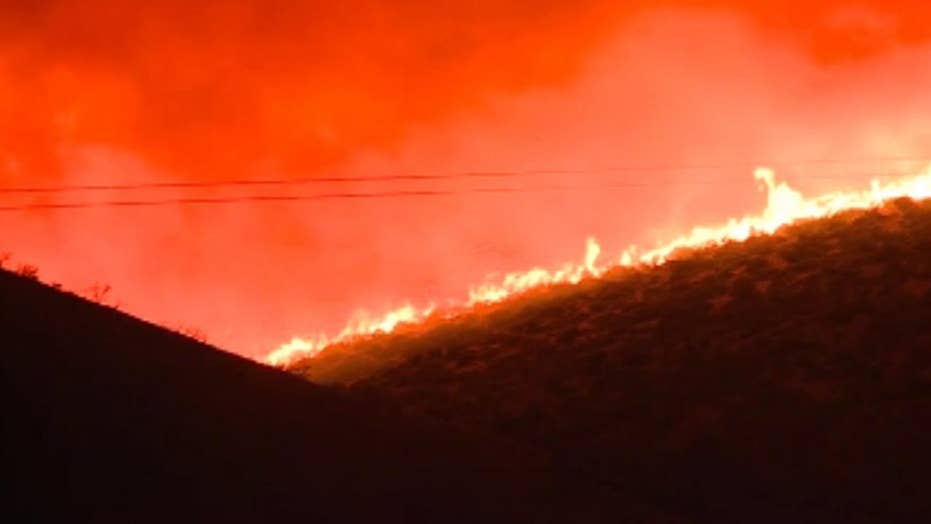 A 500-acre fire in Nevada that sparked Tuesday evening was reportedly caused by individuals who burned human waste while camping, according to the sheriff.

The two people believed to be behind the blaze in Voltaire Canyon – dubbed the Voltaire Fire, according to officials – were ultimately detained by authorities after feces was torched in a hole near the camp grounds, Carson City Sheriff Ken Furlong told the Reno Gazette Journal.

The fire broke out around 7:30 p.m. on Tuesday and is blazing on the Carson Ranger District of Humboldt-Toiyabe National Forest, as well as federal trust lands, forest officials said in an update Wednesday.

Fire crews began manning the scene and by 6 a.m. local time, the flames were 15 percent contained, officials said. They added that “it is burning in sagebrush and grass vegetation,” as well as in spots previously affected by wildfires.

NO SMOKE DETECTORS FOUND IN HOME WHERE 5 CHILDREN DIED IN FIRE, CHIEF SAYS

“We had pretty active fire last night, which is unusual for this time of year,” Carson City Fire Chief Sean Slamon told the Reno Gazette Journal. “It was all ground firefighting, so that was a big challenge initially.”

Forest officials warned people to keep away from the area and said voluntary evacuations had been issued for Carson Colony and Voltaire Canyon.