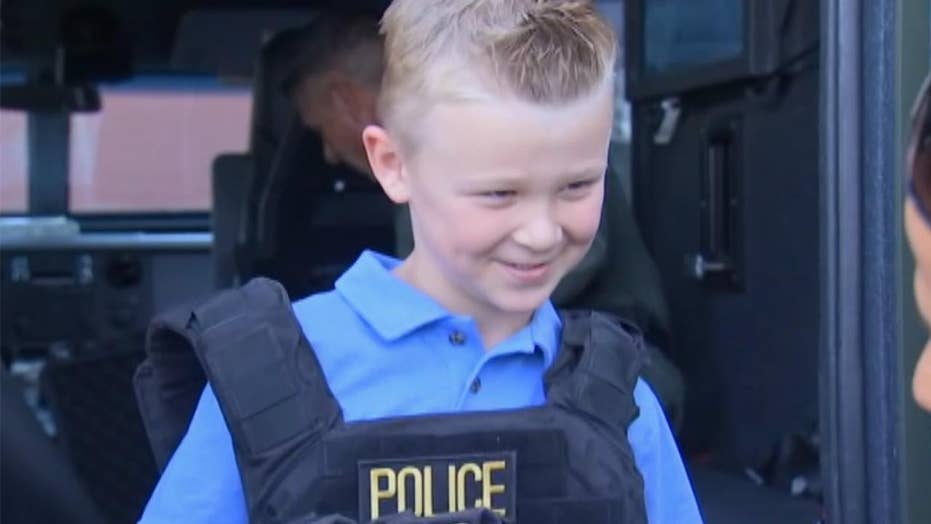 A 5-year-old boy was treated to a very exclusive, behind-the-scenes tour at a Nevada police station Thursday after his lemonade stand raised more than $400 for fallen officers.

"He wanted to do it because he wanted to support police officers," Grady’s mother, Tricia, told FOX 5 Vegas.

She was surprised by her son’s request. Funds from his last lemonade stand were planned to be used for Legos.

"As a mom, that's what you want to hear from your child. You want to know that they have empathy, that they're thinking of others ... it gets me a little teared up when I talk about it because I'm so proud that he has that in him,” she said.

The young boy was able to raise $425 last weekend and the officers wanted to reward him for his generosity.

Officers at Henderson’s Police substation took Grady on a tour which included a meet-and-greet with one of the department’s drug dogs and a chance to sit behind the wheel of a SWAT vehicle.

Grady told the officers he hoped to become a police officer when he grew up. The officers told the selfless boy he would make a great cop.

"Somebody that has that kind of a heart already at five is just going to make an awesome officer," Officer Scott Williams said.