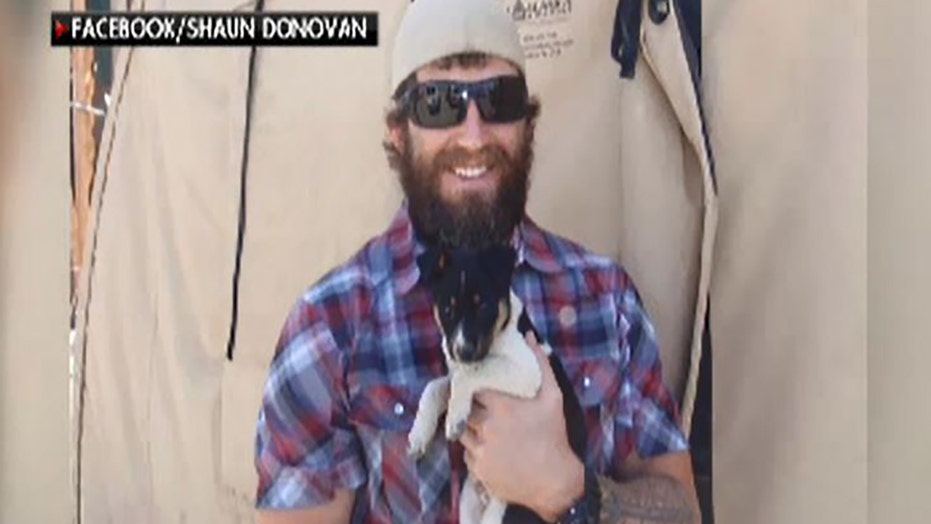 The decorated Navy SEAL rejected by the FDNY — for being six months and 25 days too old — has received invitations across the country to work for other fire departments.

Firefighters from more than a dozen departments nationwide have told Shaun Donovan, who is still fighting to join the FDNY, that he is welcome to join them, The Post has learned.

Donovan scored in the top 1 percent on the latest FDNY entry exam and passed the physical fitness test. But when the application period started, he was just over age 35 — the maximum age for those who served in the military to enter the FDNY.

“If the hiring process that Shaun is going through is not going to honor his service and recognize his capability, I want him to know that we will,” Greg Pixley, the Denver Fire Department’s head recruiter and a fellow veteran, told The Post. “That’s the kind of person we want.”

Shaun Donovan has received invitations across the country to work for other fire departments.

Denver firefighter applicants must be at least 21 years old, but the department has no upper age limit.

“We believe that if someone has the physical and mental prowess to perform the job, they should be given the respect and the opportunity to be a firefighter,” Pixley said.

The DFD routinely hires applicants in their 30s and 40s, he added. It once hired a 60-year-old firefighter who transferred from a neighboring city.

“Tell him to apply to our fire department,” said spokesman Jonathan Baxter. The minimum age is 20, but there’s no upper limit.

“We’ve had individuals in their 50s go through our fire academy, which is very extensive and difficult, both physically and mentally.”

The FDNY’s age rules — 28 is the max if you have no military experience — are stricter than most. The maximum age is 37 in Chicago, 36 in Houston and 32 in Boston. Philadelphia, Miami and Los Angeles have no age caps.

A SEAL since 2005, Donovan served four tours of duty in Iraq and Afghanistan, earning medals for valor. After completing his military stint in 2020, Donovan hoped to protect the city that lost 343 firefighters on 9/11.

Despite knowing his age, the Department of Citywide Administrative Services let Donovan take a make-up firefighter exam last October, since he was assigned to active duty months earlier.

Now 37, Donovan has appealed the FDNY’s disqualification to the city’s Civil Service Commission, which is expected to rule in late summer.

Donovan is grateful for all the offers, said Kevin Carroll of law firm Wiggin and Dana, which is representing the SEAL pro bono. “But he is committed to his goal of joining the FDNY.”