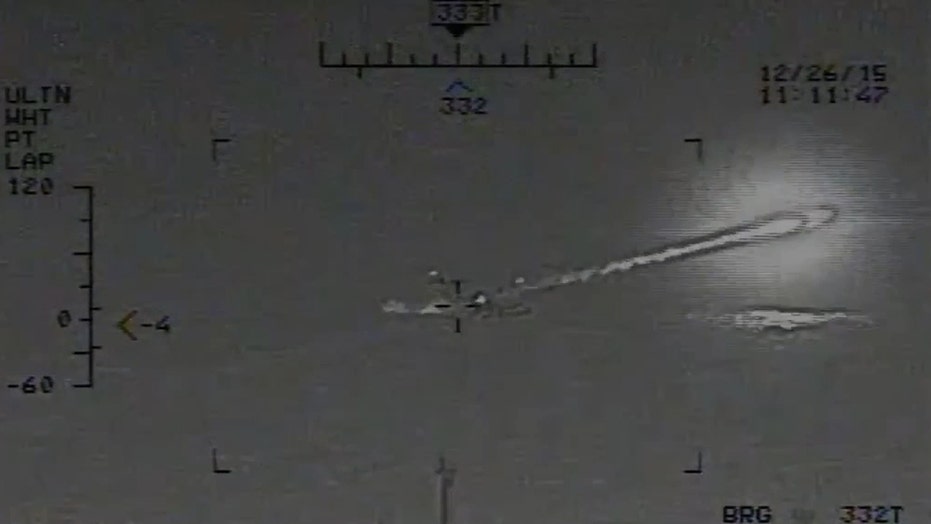 The Navy released a video Saturday showing an Iranian military ship firing a rocket last month near U.S. and French military vessels and commercial ships in the Persian Gulf.

The Dec. 26 incident appears to be the latest in a series by Iran that are raising concerns about the rogue nation, as the United States and other world powers prepare to lift crippling economic sanctions in exchange for Tehran curtailing its pursuit of a nuclear weapon.

The most recent incident occurred in the Strait of Hormuz, which is the only nautical passage for oil-laden ships going to and from the gulf to the open Arabian Sea.

The video shows a rocket being fired from ship in a small cluster of Iranian Revolutionary Guard vessels near a commercial ship.

The Navy has said the USS Harry S. Truman aircraft carrier, the USS Bulkeley destroyer and a French frigate also were nearby at the time.

The strait handles about one-third of all oil traded by sea, and it was the scene of past confrontations between America and Iran, including a one-day naval battle in 1988.

The incident was preceded by one in April when the USS Theodore Roosevelt was leaving the strait to pursue an Iranian flotilla carrying weapons in the direction of Yemen.  A group of revolutionary guard small boats launched 11 unguided rockets five nautical miles from the aircraft carrier.

Earlier this week, ahead of the planned sanctions relief, Iran shipped 25,000 pounds of low-enriched uranium to Russia as part of the agreement.

Secretary of State John Kerry called the transfer a “significant milestone.” But congressional lawmakers were meanwhile fuming over a series of apparent Iran missile firings including a Nov. 21 launch of a ballistic missile capable of hitting Israel and U.S. military assets in the region.

New Hampshire GOP Sen. Kelly Ayotte wrote a letter to President Obama, which was also signed by 35 of her GOP Senate colleagues, calling on the administration not to lift sanctions on Iran.

Still, as recently as Thursday, the State Department has declined to either confirm or deny the November launch.

It was followed a more publicized ballistic missile launch inside Iran in October, which drew condemnation from U.S. Ambassador to the U.N. Samantha Power.

The Iranian military released a video of the October launch and one showing an underground network of tunnels in which missiles are allegedly being stored.

Earlier this month, the United Nations said Iran had violated U.N. Security Council resolutions following the October launch. It is unclear how far the United Nations or United States will go to respond to the violations, though on Wednesday, the Treasury Department notified Capitol Hill of new pending sanctions against 11 individuals and entities accused of supporting Iran’s ballistic missile program.

In addition, seven Democratic members of Congress wrote Obama on Wednesday night asking him to put sanctions back on Iran because of the October and November ballistic missile launches.