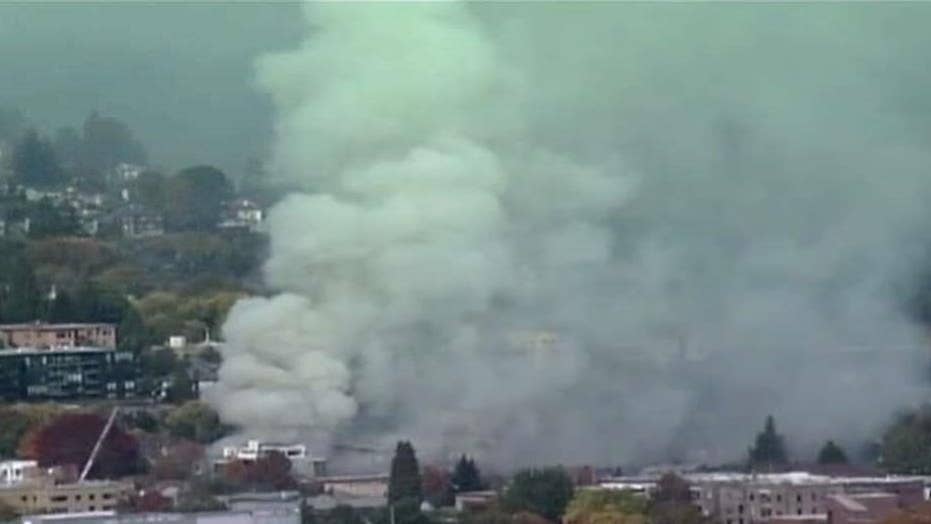 TV showed a building in the popular shopping district that was reduced to rubble. The exterior of one side of another building had been ripped off, its windows blown out.

Some students at nearby Chapman Elementary School complained of feeling sick, but they were treated and officials chose not to evacuate the building, Fox 12 reported.

A KGW-TV reporter said he saw a firefighter with a bloodied face.

Structural engineers were requested to assess the building's integrity and neighbors were asked to shelter in place.

Melissa Moore, a spokeswoman for NW Natural, said the utility got a call before the blast saying a construction crew had hit a gas line. Utility and fire officials responded and determined the building should be evacuated.

People in the neighborhood reported smelling gas as they were evacuated, and later felt the explosion.

KGW-TV aired live footage showing rubble as well as firefighters spraying water onto a heavily damaged building. The TV station said a bagel shop and a beauty salon were among the occupants of the building.