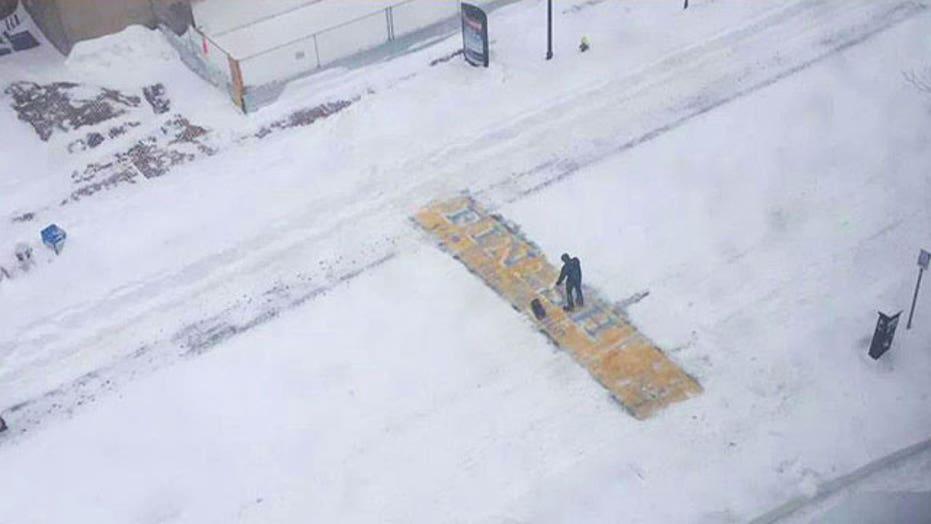 Search is on to find heroic shoveler

While the blizzard continued and historic amounts of snow blanketed the city in Boston on Tuesday, Boylston Street in Boston was quiet, as a travel  ban kept cars off the major street. Then, Tuesday afternoon, a ribbon of bright yellow and blue emerged as a man uncovered the finish line, hidden underneath inches of snow, MyFoxBoston.com reported.

Kelsey Karkos, a local woman who snapped a close-up picture  of the man as he shoveled, said she walked up to him while he was shoveling the sidewalk nearby.

"He saw she me looking for the finish line while he was shoveling the sidewalk," Karkos said in a comment online. "He knew exactly what I was looking for and came over to help me! Such a great person with Boston spirit during the blizzard!"

She said she did not know the man, or know his name.

Karkos posted the photo to Instagram, and wrote that the man shoveled the finish line "to remind us why we go out there and run every day even in the blizzard!"

The Boston Police Department asked the public on Twitter if they could identify the man.