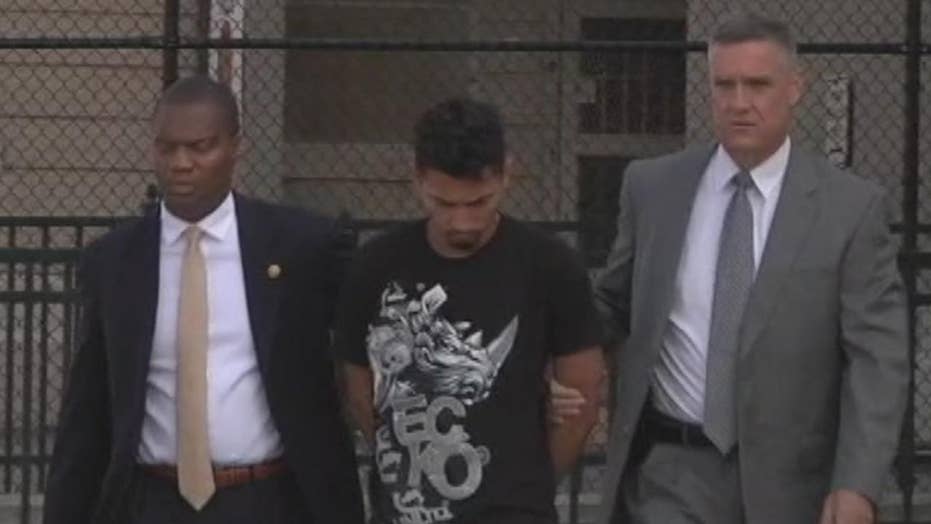 Members of MS-13 charged in murder of teen

Kevin Granados-Coreas and Carlos Portillo being held without bail

Two MS-13 gang members charged in the January killing of a New York teenager lured him with the promise of marijuana and sex before hacking him to death in a nature preserve, authorities said Wednesday.

The two used knives and machetes in the vicious killing to prove themselves to other gang members, police said.

Nassau County Police said Kevin Granados-Coreas, 19, and Carlos Portillo, 22, were charged with second-degree murder and are being held without bail, adding that more arrests are possible.

"I mean, 19 year olds hacked up and dropped in our preserves is just something that really should be shocking to residents of this county," Singas said. "It's shocking to us in law enforcement and we see a lot."

Lt. Stephen Fitzpatrick, commanding officer of the Nassau homicide squad, said Granados-Coreas befriended the victim, Julio Cesar Gonzales-Espantzay, in late 2016. Gonzales-Espantzay was not a gang member, according to police, but was lured into a car and taken to the Massapequa Preserve, where he was killed.

“On January 28, he lured him into a vehicle with others, with the promise of marijuana and sexual favors,” said Fitzpatrick. “They then subsequently took him to the Massapequa Preserve, where they brutally attacked him with large knives and machetes and subsequently killed him there.”

The 19 year old's body was found in March by a man walking his dog in the park. Surveillance cameras are now being installed at that park, according to FOX 5 New York.

"Part of the lure or ruse to get them in the car is to promise them marijuana smoking, as well as perhaps an intimate relationship with a female," Fitzpatrick said.

Police received a tip in July about the killing, and after getting a search warrant for Portillo's home found “weapons, cellphones and paperwork in regard to MS-13,” Newsday reported. Police added that Portillo was in the country illegally.

There have been four killings in Nassau County linked to MS-13 since January 2016, officials said Wednesday. The gang killings, however, in neighboring Suffolk County have drawn national headlines, with at least 17 slayings linked to the gang in the last 18 months.

"Commonly they pick victims to move up in stature in MS-13," Fitzpatrick said. "You have to show your loyalty."

The high-profile killings drew the attention of President Trump and Attorney General Jeff Sessions, leading to a crackdown on the group.

More than a dozen alleged members of MS-13 street gang were arrested during early morning raids Tuesday in Ohio and Indiana.

MS-13, also called Mara Salvatrucha, is believed to have been founded as a neighborhood street gang in Los Angeles in the mid-1980s by immigrants fleeing a civil war in El Salvador. The gang grew after some members were deported to El Salvador, helping turn that country into one of the most violent places in the world.