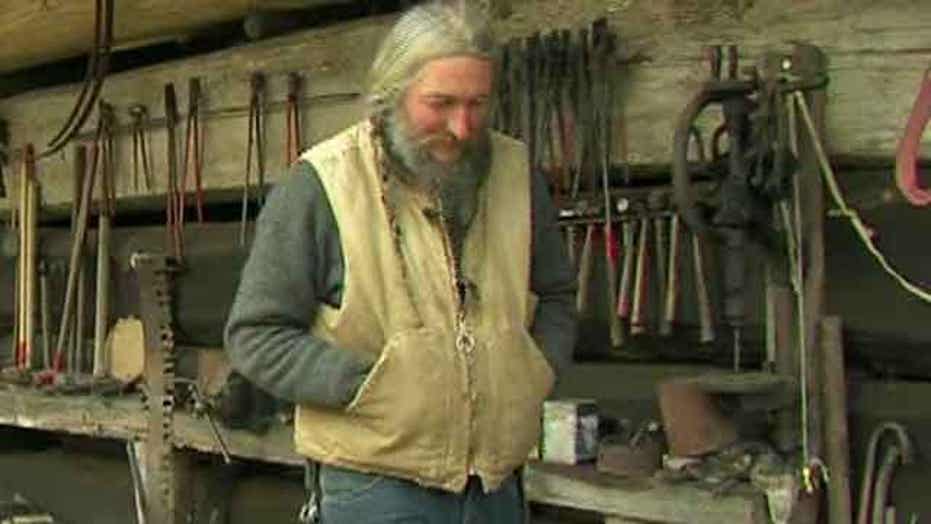 A self-styled 'Mountain Man' who left modern conveniences for the backwoods of North Carolina decades ago is butting heads with local officials who say his forest compound isn’t up to code – and he may have television to blame.

Eustace Conway, who owns and operates a school that teaches hundreds of people how to live closer to nature, received a cease and desist letter from county officials who say his buildings don't meet code.

"Basically I'm living like the American heritage pattern of all our ancestors and the modern world isn't, and they don't know how to accept me," said Conway.

But Conway says the county has inspected the property before and told him everything was fine. Some believe the county only took notice after Conway appeared on the History Channel's "Mountain Men."

Everything in Conway's Turtle Island Preserve is organic and made from nature. The preserve's website notes the property's buildings are "carved literally from the wilderness."

But the naturalness of the property is precisely what has sparked county officials to take notice. Officials say unless Conway can meet building codes and safety regulations, the camp and school will be closed.

"If we complied to everything the county is requesting, we would cease to exist as we are," one Turtle Island staffer said. "We are inherently primitive."

The county says it is just looking to fulfill its duty to protect public health and safety.

"The primary concern of the county is that these visitors are in and out of these buildings which were neither permitted nor inspected for compliance with the NC building code," said the Watauga County Planning and Inspections Department.

"This is supposed to be the land of the free. Government is supposed to help people, protect their individual liberties and freedom -- that's not what's happening here," said Conway.

Conway says he plans to fight to keep his nature school the way it was built.

"I'm not confident I can win it. I'm confident I ought to win it," said Conway. "This is something I spent this much of my life, I don't have much left."