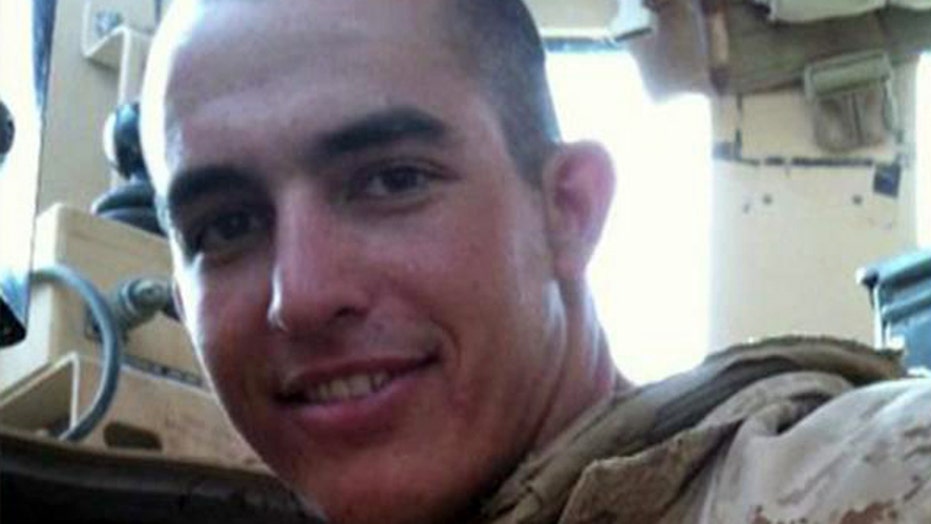 In a personal plea to President Obama, the mother of jailed U.S. Marine Andrew Tahmooressi asked for increased urgency in her son’s case in Mexico, where she says “one more day is one day too many” behind bars.

“Well, he’s holding on, he’s a Marine, so he’s got a lot of courage and valor,” Jill Tahmooressi told Fox News Monday of her son, Sgt. Tahmooressi, 26, who has remained in Mexican custody since late March when he accidentally drove into the country with three legally purchased firearms.

Tahmooressi, of Weston, Fla., has said her son, who suffers from combat-related PTSD after two tours in Afghanistan, is struggling to remain optimistic for a quick resolution to the ordeal. The case could languish for months, lawyers say.

“It’s been six months,” she said Monday, adding that her son’s court date has not even been set.

Jill Tahmooressi, meanwhile, criticized White House involvement in the case, which centers around military-grade weapons and ammunition – as defined by Mexican statute – at the time of his arrest on March 31. Tahmooressi reportedly had three weapons, all registered in the U.S., including a .45 caliber pistol, a 12-gauge shotgun and an AR-15 rifle.

Tahmooressi’s lawyers have maintained the weapons in the truck were there because he had recently moved from Florida to San Diego, and had all of his possessions, including the legally-purchased weapons, in his vehicle when he was stopped at the border.

“I would say it’s not been effective and it needs to be ramped up,” Jill Tahmooressi said of White House involvement. “I would say please President Obama, escalate that level of urgency that you say you’re asking Mexico to expedite, because one more day is one day too many.”