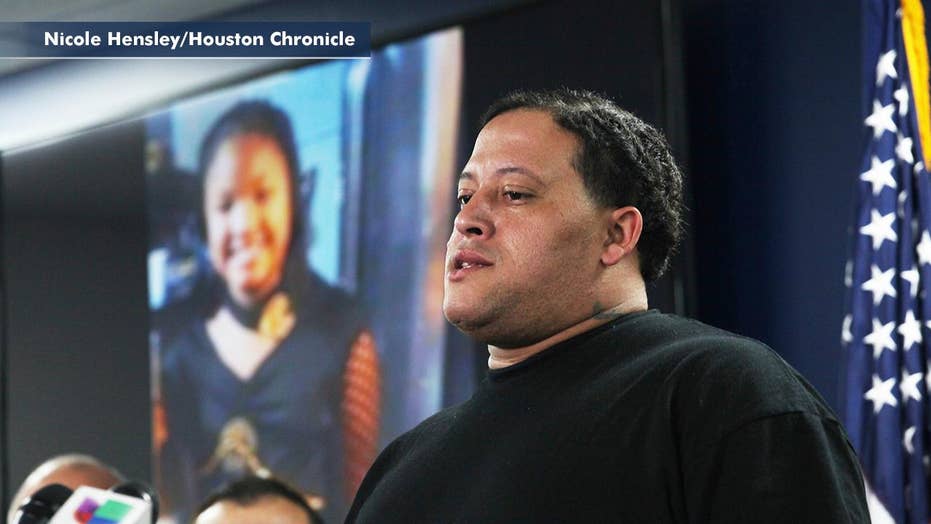 Jazmine Barnes was killed and her mother was injured when a suspect, described as a white man wearing a hoodie, opened fire on their car from his pickup truck.

The family of a seven-year-old Houston girl, killed during a drive-by shooting Sunday, believes the suspect will “turn himself in.”

Speaking at a press conference in her home Thursday, 30-year-old LaPorsha Washington told reporters she believes her daughter’s killer will be brought to justice on his own accord.

“It’s going be him. His heart is going to finally get to him, his conscience is finally going to get to him … He’s going to turn himself in.”

Jazmine Barnes was leaving a Walmart parking lot with her mother and three sisters early Sunday morning when an unknown man driving a red pickup truck pulled up next to their vehicle and opened fire.

Washington said she couldn’t recall how many gunshots were fired but that he “emptied out his gun.”

Jazmine died at the scene and her mother was taken to an area hospital where she was treated for a gunshot wound to the arm.

According to the family’s attorney, Lee Merritt, the gunman initially drove beside the passenger side of the vehicle, peering into the car. He then drove along the driver’s side, where he began shooting.

Washington’s oldest daughter, 15-year-old Alxis Barnes, first noticed the suspect on the passenger side while the car was stopped at a light.

Alxis told reporters that the gunman was a white male with blue eyes. She said most of his features were covered by the black hoodie he was wearing.

Washington said her daughter only caught a quick glimpse of the suspect.

“She really can’t give much but she’s going to give her best.”

The Harris County Sheriff's office released a sketch Thursday night based off of her description.

She also said the man looked “pale” and “thin” with a sunken face.

Merritt pointed out that there was a misreported detail that the man had a beard, clarifying that the suspect had “stubble” or “5 o’clock shadow” at best.

Washington believes that the shooting was a hate crime but investigators have not ruled out other possibilities.

She appealed to her daughter’s killer to “do the right thing.”

“I know you’re hurting just as much as we’re hurting.”