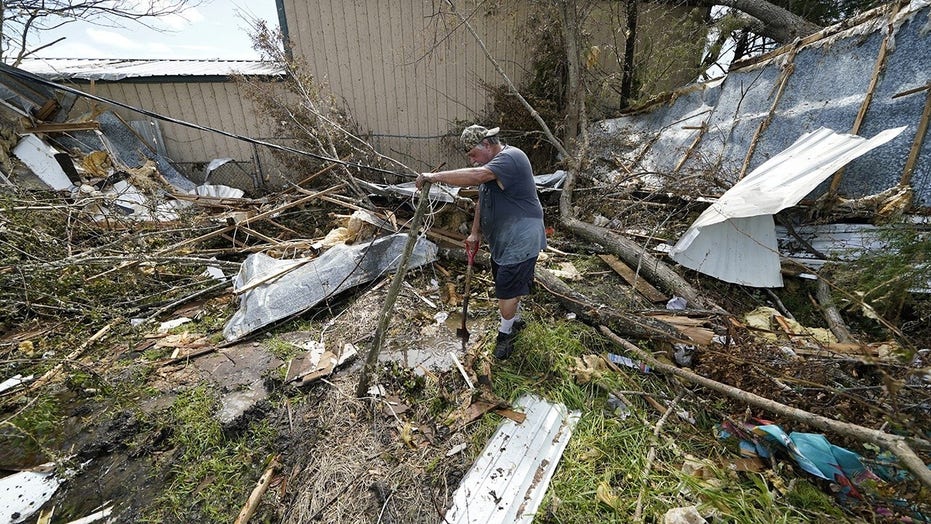 Huge swarms of mosquitoes are draining blood from and killing livestock in Louisiana after Hurricane Laura swept through the state.

The mosquitoes, which were pushed from Louisiana swamps as a result of the storm, are draining blood from deer and cattle, as well as a few goats and horses, who become exhausted from blood loss and die, veterinarian Craig Fontenot told the Louisiana State University Agricultural Center.

Deer at a Louisiana ranch where they were killed by hordes of mosquitoes. (Dr. Craig Fontenot via AP)

Farmers in a five-parish area east and northeast of the parishes where the storm made its landfall Aug. 27 have probably lost 300 to 400 cattle, said Dr. Craig Fontenot, a large-animal veterinarian based in Ville Platte.

A deer rancher lost about 30 of his 110 animals, many of which already had been sold, Fontenot said.

Jeremy Hebert, an LSU AgCenter agent in Acadia Parish, said the mosquito population "just exploded in the southwest part of the state," and spraying programs appear to help, according to LSU.

Buildings and homes are flooded in the aftermath of Hurricane Laura near Lake Charles, La. (AP Photo/David J. Phillip, File)

"The spraying has dropped the populations tremendously. It’s made a night-and-day difference," he said.

Livestock deaths from mosquitoes aren’t a new phenomenon. Fontenot said they also occurred after Hurricane Lili in 2002 and Hurricane Rita in 2005. Florida and Texas have had similar problems after hurricanes, he said.

So far, 27 people have died as a result of the hurricane and related damage.