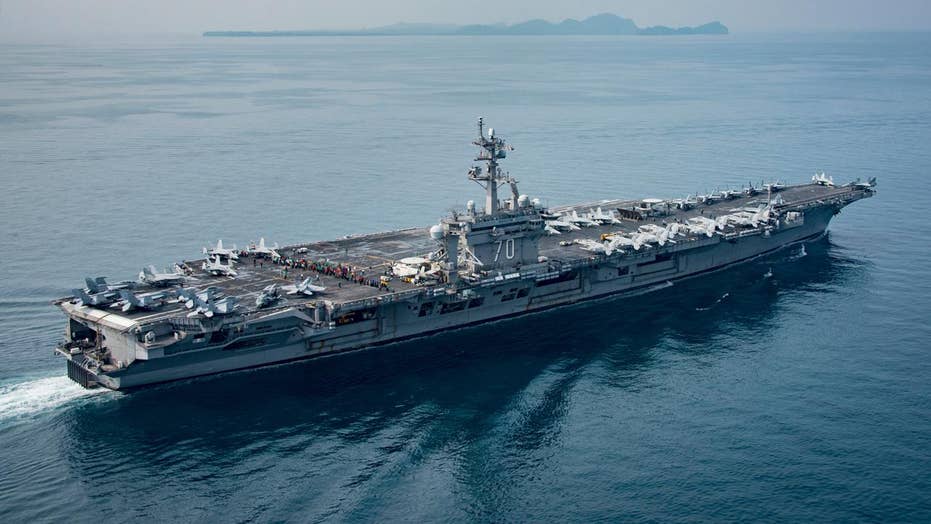 NORTH KOREA DETAINS US CITIZEN; 3RD AMERICAN BEING HELD THERE

VIDEO:  NORTH KOREA THREATENS TO REDUCE US TO ‘ASHES’

Fox News Channel debuts a brand new primetime lineup Monday night. “Tucker Carlson Tonight” moves to 8 p.m. ET and “The Five” will shift to the 9 p.m. slot. Tucker promised to continue bringing viewers "the most honest hour we can do" and to remain "the sworn enemy of lying, pomposity, smugness and groupthink." For his first show in his new timeslot on Monday, Tucker has a cable exclusive interview lined up with Caitlyn Jenner. Martha MacCallum will also debut a new show on May 1 called “The Story with Martha MacCallum.” “Hannity” will remain in the 10 p.m. slot.

CONGRESS RETURNS TO WASHINGTON WITH LAUNDRY LIST OF TASKS TO COMPLETE

Congress returns to Washington this week to take on the now-familiar task of passing an 11th-hour spending bill to avert a government shutdown, with President Trump’s promised border wall emerging this time as the big sticking point between Democrats and Republicans. The deadline to avert a shutdown is Saturday, Trump's 100th day in office, which has increased pressure on the GOP-controlled Congress to also pass an ObamaCare repeal and replacement plan after failing to do so in March.

Did France just plug the dike on the crumbling European Union, or will it now crack wide open? It depends on who you think “won” Sunday’s first round of presidential elections. Like the Americans who voted to make Donald Trump president last November, a largely overlooked part of France wants to dethrone the traditional political system that has remained entrenched in power for decades.

LE PEN, MACRON WIN FIRST ROUND TO ADVANCE TO RUNOFF

Cases of anti-Semitic intimidation and vandalism increased last year, according to data released by the Anti-Defamation League Monday. The group found 1,266 cases of anti-Semitic harassment last year, compared to 941 in 2015 and 912 in 2014. The sharp increase continued into the first three months of 2017, with reports of 541 incidents compared to 291 in the same period just last year. The ADL report linked 34 cases last year to the presidential election, including graffiti found in Denver last May that said “Kill the Jews, Vote Trump.”

12:00 p.m. ET: A “smoke-in” will be held on the steps to the Capitol in an effort to support ending the Federal Marijuana Prohibition Act of 2017. Watch live on FoxNews.com.

12:00 p.m. ET: Former President Obama will speak for the first time since his presidency at an event at the University of Chicago. Watch live on FoxNews.com.

3:00 p.m. ET: Senate meets to resume consideration of the nomination of Sonny Perdue to be the secretary of Agriculture. Complete coverage on Fox News and FoxNews.com.

US STOCK FUTURES RALLY ON FIRST ROUND FRENCH ELECTION RESULTS

U.S. stock index futures rose sharply on Sunday on relief that centrist Emmanuel Macron took the first round of voting in the French presidential election.FOXBusiness.com will follow the markets throughout the day.

12:00 p.m. ET: Amie Parnes, author of "Shattered: Inside Hillary Clinton's Doomed Campaign," will be a guest on “Cavuto: Coast to Coast.”