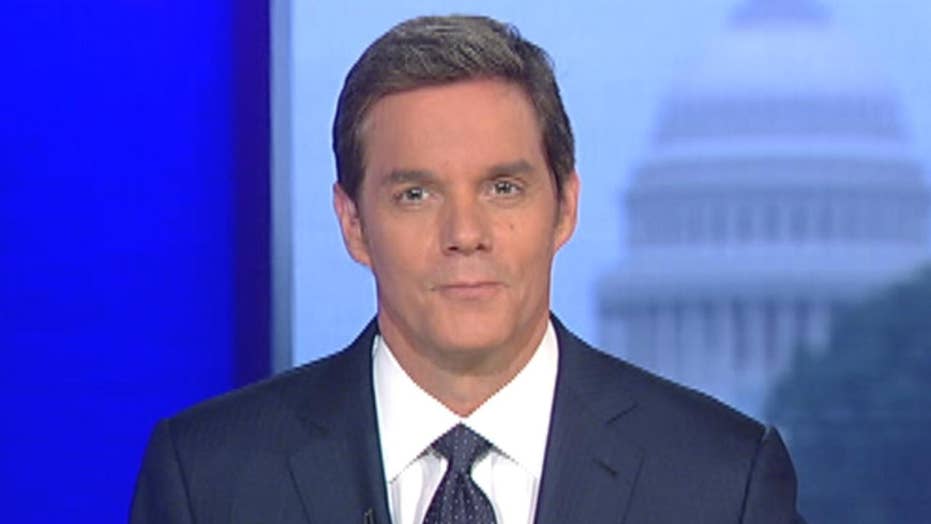 Coming up on Tuesday, Aug 15 edition of 'Special Report'

Short-lived White House communications director Anthony Scaramucci said Monday that if it were up to him, top adviser Steve Bannon would be gone from President Trump's administration.

Scaramucci has said that he believes that Bannon is one of the leakers in the Trump White House.

Three CEOs announced that they would be leaving President Trump's manufacturing council after the violent Charlottesville protest.

Trump has faced criticism over his early response to the violent protests last weekend in Charlottesville, Va. Trump on Monday specifically condemned “white supremacists” and “neo-Nazis” in the wake of deadly weekend clashes in Charlottesville, vowing “justice will be delivered” to the perpetrators of that "racist violence."

The forceful words used Monday were different from his comments made Saturday, when he condemned violence and hatred on “many sides.”

President Trump “came out against bigotry, against racism, against hatred” after the deadly violence in Charlottesville, Va. -- but nothing he says will ever silence some of his critics, former House Speaker Newt Gingrich told Martha MacCallum, host of "The Story."

North Korean dictator Kim Jong Un has vanished from the public eye for two weeks, South Korean media reported, prompting fears that he may be preparing to mark Tuesday’s public holiday by firing a new rocket.

The last time Kim went days without being seen was prior to the ICBM launch in late July, when he remained incognito for two weeks before making his grandiose public appearance. His public withdrawal comes as nuclear tensions mount between Washington and Pyongyang, and on the heels of the leader’s threat to attack the U.S. island territory of Guam.

3:45 PM ET: President Trump makes a statement on the infrastructure discussion from the Trump Tower in NYC. Watch live on FoxNews.com and Fox News Channel