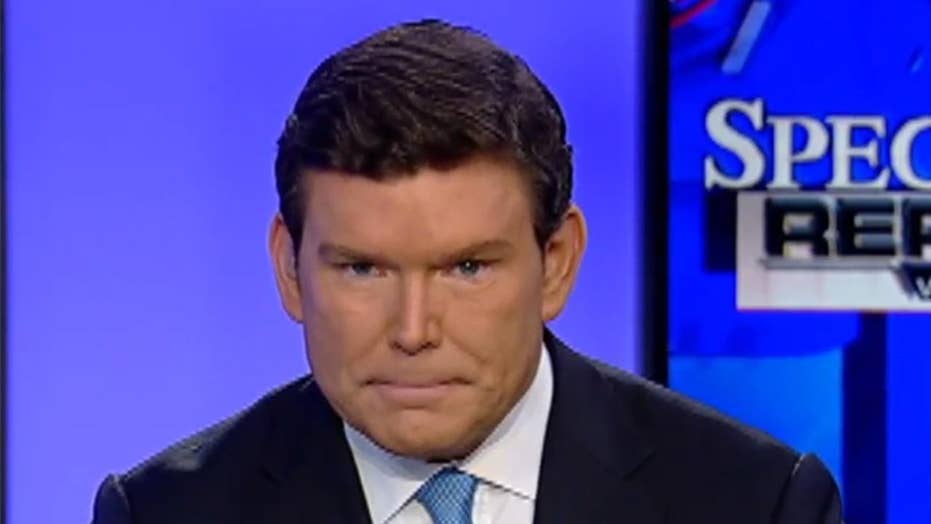 Coming up on Fri, Sept 15 edition of 'Special Report'

North Korea launched another missile Friday, the rogue nation's first missile launch since its massive nuclear test more than a week ago, prompting U.S. officials to issue a sharp round of condemnation.

The missile was launched eastward early Friday from Sunan, the site of Pyongyang's international airport. It flew over northern Japan before landing in the Pacific Ocean, according to U.S. Pacific Command.

US CONDEMNS | 'NO WAY TO STOP' | FASTER THAN EXPECTED

'NAKED IN THE HALLWAY'

A video shot by a resident’s daughter and viewed by The Miami Herald reportedly shows the dire conditions inside a Hollywood, Fla., nursing home were eight residents died after Hurricane Irma knocked out power at the facility.

On Thursday, detectives were at the Rehabilitation Center at Hollywood Hills after obtaining a search warrant to investigate the eight patients’ deaths, which police believed were heat-related.

At least 22 people were injured after a homemade bomb exploded at the Parsons Green subway station in London during Friday morning rush hour. London's Metropolitan Police called it a "terrorist incident."

FREE SPEECH? ANYTHING BUT

Conservative star Ben Shapiro spoke at the University of California at Berkeley on Thursday night amid extraordinary security measures – costing around $600,000 – prompted by fears of an outburst by violent agitators possibly descending on the campus.

8:30 AM ET: Glenn Youngkin, Carlyle president, will be on ‘Mornings with Maria’

9:45 AM ET: Johnny Damon- former Yankee and Red Sox player, will be a guest on ‘Varney & Company’