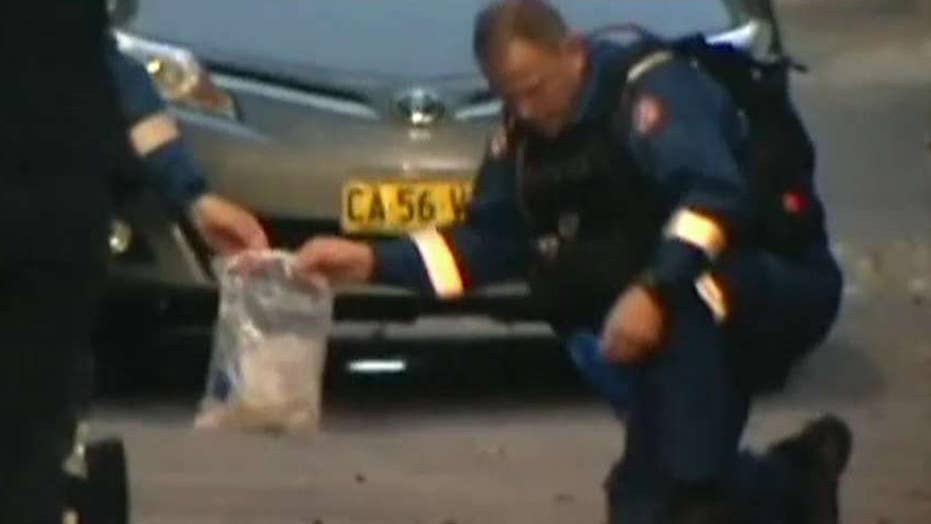 A former counterterrorism expert for Turkey’s national police said the Islamic State is getting smarter about bypassing Western security and that events like last month’s failed terror plot in Australia are likely to occur more frequently.

Yayla said he believes that as ISIS fighters are driven out of places like Mosul and Raqqa, the group will be more likely to mobilize its sympathizers around the globe.

The governor of Guam, Eddie Calvo, said Thursday there was no “heightened threat” on the island following North Korea’s warning that it would develop a plan by mid-August to launch four missiles at the U.S. Pacific territory.

Calvo dismissed the claims, saying they came from a "position of fear."

North Korea released a statement Wednesday saying it would complete its plan to attack waters near Guam within a week, adding that the action against Guam would be an “effective remedy for restraining the frantic moves of the U.S.”

Defense Minister Itsunori Onodera said that, in such a scenario, Japan has the right to activate its Aegis destroyer missile defense system because any attack on Guam would be considered an existential threat to Japan. He also cited Japan's mutual defense agreement with the U.S.

President Trump had pledged earlier this week to meet any threats from North Korea with a response of “fire and fury.”

A crew of volunteer cold-case investigators, led by a former FBI agent, say they believe they have discovered “potential evidence” in the 46-year-old mystery of D.B. Cooper.

On Nov. 24, 1971, a man who called himself Dan Cooper hijacked a Northwest Orient Boeing 727 and demanded a $200,000 ransom. After receiving the money, the man jumped out of the plane wearing a suit and a parachute.

Thomas Colbert, a TV and film executive, along with his team, claim to have found a potential strap that was located “right where a credible sources claimed the chute and remaining money are buried.”

No traces of Cooper have ever been found, aside from some bundles of cash that were recovered in the 1980s.

President Trump criticized Senate Majority Leader Mitch McConnell in a phone call Wednesday morning, after McConnell suggested the president suffers from “excessive expectations” about what both chambers of Congress can get done.

A source told Fox News that the 10-minute phone call consisted of the president telling McConnell he did not appreciate the criticism and still expects GOP leaders to push for repealing ObamaCare.

Trump also expressed disappointment with Sen. John McCain, who cast a decisive vote that ultimately killed the most recent attempt at repealing ObamaCare.