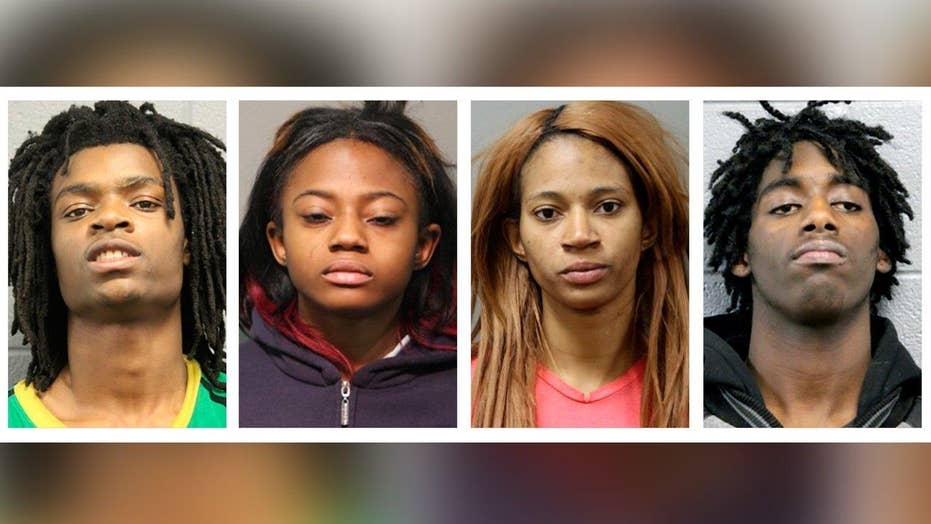 In a social media post, TV personality Montel Williams slammed the suspects accused of beating a mentally disabled man and streaming in live on Facebook.

Williams took to Facebook on Thursday to express his opinions on the brutal attack.

“Life in prison. No parole. I'm not interested in whether these kids had a tough life, whether their parents loved them enough, I don't care,” Williams said.

The TV personality called the argument of whether it was indeed a hate crime a “distraction.”

Williams offered his prayers to the victim, adding, “If you can do this to another human being once, you can't be trusted to not do it again.”

The four suspects accused in the Chicago Facebook Live attack were denied bail on Friday. The Chicago judge they appeared before in court said they are accused of such "terrible actions."

The four suspects were identified as Brittany Covington and Tesfaye Cooper, both of Chicago, and Jordan Hill, of suburban Carpentersville. All are 18. A fourth suspect was identified as Covington's 24-year-old sister, Tanishia Covington, also of Chicago.

The beating was captured on cellphone video by one of the assailants and has since been viewed millions of times on social media. The graphic footage shows the suspects taunting the victim with profanities against white people and President-elect Donald Trump.

Prosecutors offered new details of the assault, explaining that one of the suspects demanded $300 from the mother of the victim, who is schizophrenic and has attention-deficit disorder. They also said the beating started in a van when the same attacker became angry that the mother had contacted him asking that her son be allowed to come home.

A prosecutor told the judge that the suspects forced the victim to drink toilet water, kiss the floor and then allegedly stuffed a sock into his mouth and taped it shut as they bound his hands with a belt.

Cook County Associate Judge Maria Kuriakos Ciesil asked the suspects "Where was your sense of decency?"

"I find each of you a danger to yourself and society," the judge said.

All four are charged with two counts of committing a hate crime — one because of the victim's race and the other because of his mental disabilities.

The uproar over the beating intensified the glare on Chicago after a bloody year of violent crime and protests against Mayor Rahm Emanuel and a police department that has been accused of using excessive force and hushing-up wrongdoing. The department has also been the subject of a long civil-rights investigation by the Justice Department, which is expected to report its findings soon.