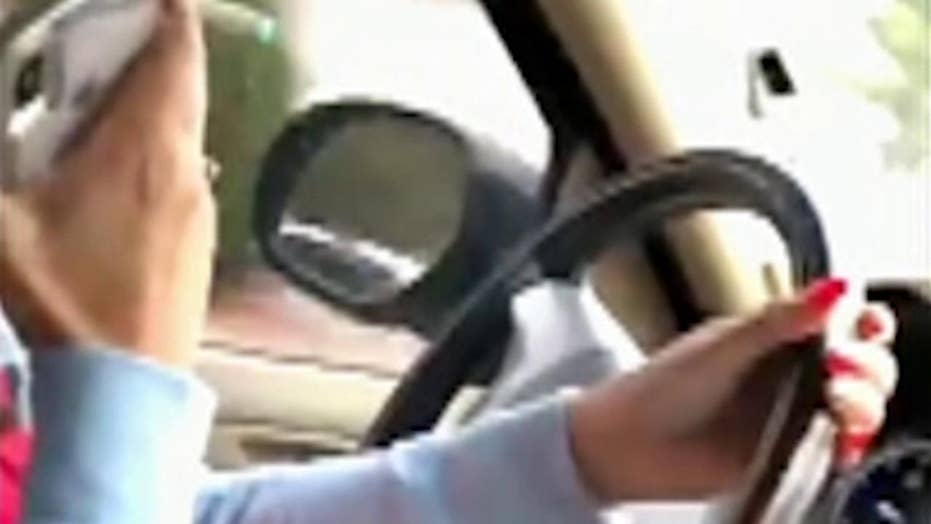 A Texas mother has gone viral after her 13-year-old son stole her new BMW to go to his girlfriend's house.

A Texas mom was caught furiously whipping her son after he apparently took her new BMW and tried driving it to his friend’s house.

In a series of now-viral tweets posted on Friday, sister Liza Campero, of El Paso, detailed what happened with her 14-year-old brother, Aaron.

It began when Aaron apparently disconnected the family’s WiFi with the intention to cut his mother’s access to the home’s security camera footage while she was at work, so she wouldn’t see what he was up to.

The boy snatched the keys to his mom’s new car, and left to pick up his friend — whose mom tipped the mother off to the ploy.

With Campero in the passenger’s seat, the kids’ mother then spotted the vehicle driving down a road and quickly and angrily shouted at him to “pull over now!”

“Give me the belt,” the mother asked the daughter, who handed the clothing accessory over.

With both cars pulled over, the mother was then filmed opening the BMW’s door and angrily whipping the boy, while his sister laughed in the passenger’s seat.

The kids followed up in a video posted to YouTube that the incident “wasn’t Aaron’s first time taking a car,” and Aaron even said “he deserved” the punishment.