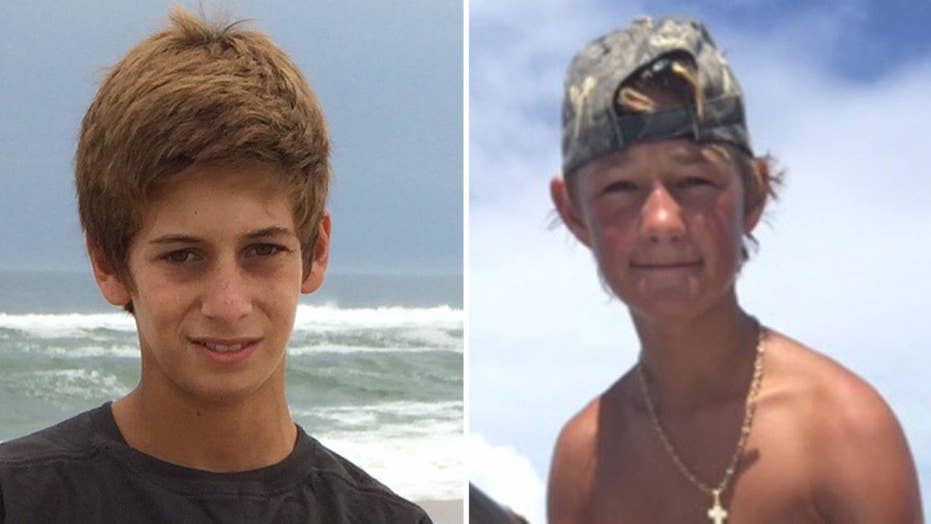 PORT EVERGLADES, Fla. – The mother of a missing teen fisherman wants the recovered boat her son and his friend took to sea when they disappeared last summer examined as a possible crime scene.

Pamela Cohen's attorney Guy Rubin made public a letter Monday that he sent to the Florida Fish and Wildlife Conversation Commission last week asking its investigators to examine the 19-foot vessel to see whether there is evidence that a crime led to the disappearance of 14-year-old friends Perry Cohen and Austin Stephanos during a July storm off Jupiter, Florida. The commission investigates accidents and crimes on Florida water.

The capsized boat, which was recovered off Bermuda in March, arrived onboard a cargo ship Sunday at Port Everglades near Fort Lauderdale. Longshoremen began unloading the Yorktown Express on Monday evening, lowering container after container onto trailers that were trucked to a storage yard. In one nondescript container was the boys' boat. Port spokeswoman Ellen Kennedy said the container would be claimed in private by commission investigators.

"The FWC has indicated publicly it would `take a look' at the boat when it arrives at Port Everglades, however my client would like FWC to do more than just `take a look,"' Rubin wrote. If the wildlife commission refuses, the Florida Department of Law Enforcement should take control of the boat and the investigation, he wrote.

"This is not to say we believe a crime was committed, but rather nothing should be ruled out until the vessel is fully examined," Rubin wrote. He said Stephanos' mother, the boat's registered owner Carly Black, also wants it examined. Her attorney, George Harris, did not return a call seeking comment.

The wildlife commission on Monday reiterated its position that this is not a criminal case.

"The FWC will examine the vessel for any new information, and return the boat to the (Stephanos) family," spokesman Robert Klepper said in an email.

Austin's cellphone was also found on the ship, but Apple said the iPhone was too damaged and no text messages or other data could be recovered.