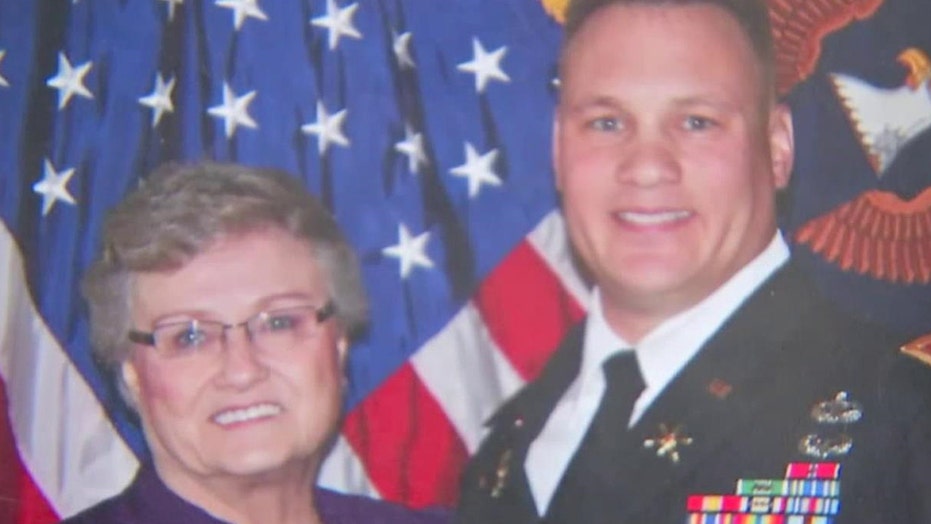 Mom fights to keep tribute to military son on display

A Pennsylvania woman says her homeowners' association is trying to stop her from flying a Blue Star flag in honor of her son’s military service.

Donna Morey told Fox 29 that she has been flying the special flag for nearly a year, but last week got a call telling her that she could be running afoul of the rules in her Tarrington Village townhome complex in Hatfield, a Philadelphia suburb. Those rules state only white or off-white window treatments may be visible from outside the house.

She told the station her reaction was disbelief. “You got to be kidding me,” she said. “Are they serious?”

Morey's display of patriotism hangs in the window of an upstairs bedroom. Her son Donald Morey is a major in the Army who has served tours of duty in Iraq and Afghanistan. He stays with her when he is home on leave.

The Blue Star flag in Morey’s home measures 8-by-14 inches and is barely visible from the street, but that hasn't stopped some neighbors from complaining about it, Fox 29 reported.

Morey said she was told she must make a written appeal for a temporary exemption to the rules if she wants to keep the display.

“I don’t know if you call it an exemption,” she told the station. “I just need special permission from the architectural committee to be able to display it.”

She added: “I think that’s ridiculous. I’m not doing it. I said I’m not writing the letter.”

Morey said her Blue Star flag is special because it was a gift from a military vet who narrowly escaped death in Vietnam.

Fox 29 said it sought comment from the management company that runs Tarrington Village and the homeowner’s board but has not heard back.