Defense attorneys for the man charged with murdering 20-year-old University of Iowa student Mollie Tibbetts filed a motion Sunday asking for another delay in the start of the murder trial scheduled to begin February 4 in Sioux City, Iowa.

In the motion, the defense presents a list of reasons for its requested delay -- including the necessity to depose new “critical” witnesses brought by the state, including Tibbetts’ boyfriend, Dalton Jack. The defense also alleges the state did not promptly reveal critical evidence, including a recovered pocketknife and the discovery of a photographed zip tie determined not to be connected to the case.

Iowa prosecutor Scott Brown tells Fox News “nothing was withheld” and he plans to file a full response Sunday.

Attorneys for the murder suspect, 25-year-old Mexican national Cristhian Rivera, are also asking the state Supreme Court to review the district court’s December ruling to allow some of Rivera’s confession to be used at trial. Rivera’s defense team argues the state illegally obtained Rivera’s confession via a series of methods including not properly reading him his Miranda warning and sleep deprivation. 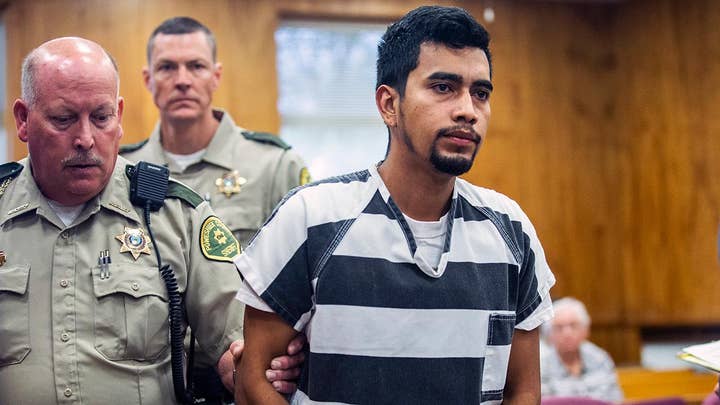 The defense also argues in the motion that fingerprints lifted from items in Rivera’s trunk do not belong to Rivera and that blood found in the trunk of Rivera’s black Chevrolet Malibu was a mixture of Tibbetts’ and another person’s blood and fingerprints.

The motion points out that Tibbetts’ boyfriend, Dalton Jack, is currently deployed with the armed forces to the Middle East. One of Rivera’s lawyers tells Fox News that the trial start date could depend on when Jack can come back to the United States.

In the motion, Rivera’s attorneys write that Jack failed a lie-detector test on July 27, 2018, shortly after Tibbetts went missing. The motion states that Jack lied about an online relationship he had with a woman that Tibbetts found out about because it was “extremely embarrassing,” he wasn’t sure if it mattered, and Jack told authorities “I thought I would put it in your minds that she run away.”

Rivera is accused of killing Tibbetts and dumping her body in an Iowa cornfield after he allegedly followed her during her daily jog on July 18, 2018, in her hometown of Brooklyn, Iowa.

Police say Tibbetts noticed that Rivera was trailing her and warned she would call police and also tried to fend off Rivera, but she was murdered. Authorities say Tibbetts died from multiple sharp force wounds to her body.