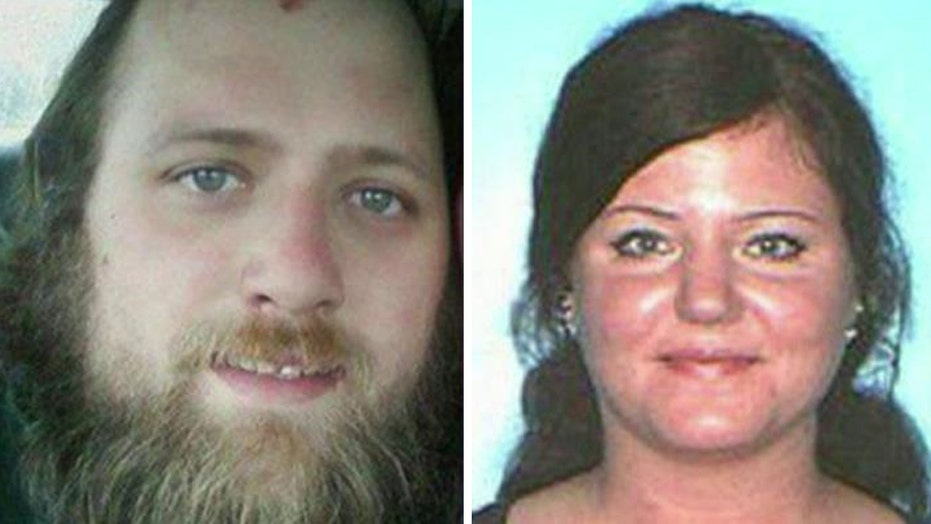 The “modern-day Bonnie and Clyde” met a classic ending.

A couple who cops say have been robbing banks on the East Coast to feed their heroin addiction – while driving a stolen car packed with seven dogs – were apprehended Monday in Philadelphia.

Cops caught up to Joseph and Jennifer Carrier, both 37, after the duo allegedly robbed a Citizens Bank in Wilmington, Del. Just after noon, according to NBC10. The two fled in a stolen 2015 Buick Encore they’d been using since the string of robberies began on Sept. 28, but Delaware and Pennsylvania state police officers eventually nabbed them after officials say the Carriers crashed into several vehicles along I-95 near the Philadelphia International Airport.

The Carriers are accused of hitting banks in Massachusetts, Florida, Maryland and Delaware, though specific charges against the couple have yet to be released. It is unknown when they are set to be arraigned. Jennifer was also wanted for the theft of the Buick Encore.

“Not to sound like a cliché, but they’re a modern-day Bonnie and Clyde,” Aberdeen, MD. Police Sgt. C. William Reiber told the Boston Herald earlier this month. “They’re robbing banks and using the funds to support some sort of illicit activity.”

All seven of the couple's Brussells Griffon toy dogs were in the getaway car when the Carriers were apprehended, an FBI spokesperson told Fox News. Six of the dogs were taken into custody by the SPCA, their fate now in the hands of the federal court system. The seventh dog, however, escaped as the Carriers were being arrested and remains on the run.