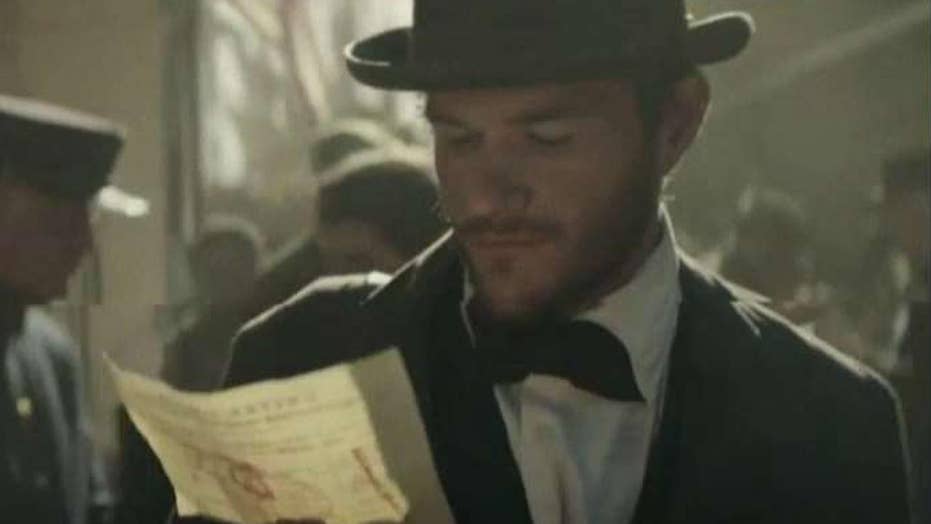 The most talked about and maybe most controversial ad in the 2017 Super Bowl lineup may have been misunderstood.

Pennsylvania-based 84 Lumber continues to draw heat over its commercial that featured a Latino mother and young daughter making the long journey from Mexico to the United States – only to be confronted by a border wall. The company, a private supplier of building materials, was being held up as a champion of lax immigration laws.

But the CEO, Maggie Hardy Magerko, is a supporter of President-elect Donald Trump and her father, who founded the company, is a former Republican politician. And that has many people now wondering what the true meaning behind the ad is.

“It was meant to call attention and to humanize this symbolic journey and show the hard work and determination that 84 Lumber has in all of their current employees, and what they’re looking for in new employees,” Hardy Magerko told the New York Times in an interview last week.

The ad has contributed to the conversation of immigration and border security, which was a focal point of Trump’s campaign and one he addressed within the first days of his presidency. But officials from the company will not say whether it took a stand one way or the other.

“The ultimate message of what we were trying to say was: this is America, the land of opportunity, and we want to make sure people see 84 Lumber as the company of opportunity,” said Steve Radick, vice president and director of public relations at Brunner, the agency that created the ad and provides support to 84 Lumber. “It was meant to be topical – it was not meant to take any political side.”

In her interview with the Times, Hardy Magerko said she had a welcoming attitude toward certain immigrants but had faith in elected officials to “make the decisions to make us safe.”

An abbreviated version of the commercial was shown during the Super Bowl. The full ad, which apeared on the company's website, ends with the mother crying when she and her daughter reach the U.S.-Mexico border and they encounter a border wall. The daughter then pulls out a hand-made American flag, crafted with trash and materials she picked up along her journey, and the mother seems to be inspired. She sees an opening in the wall – two large wooden doors — and the two push through.

The commercial then cuts to a man driving down the highway in a pickup truck with tools and lumber in the truck bed. The commercial ends with the words “The will to succeed is always welcome here.”

It was 84 Lumber’s first Super Bowl commercial. Radick told Fox News that it has been drawing both praise and scorn, but that is the nature of good advertising.

“I think that’s what makes our country great,” Radick said.

Radick, however, said he was frustrated that his agency asked to retool the commercial because of its controversial nature. He said Fox asked for a truncated version of the ad because of its subject matter.

“We were disappointed because we felt we had a very strong commercial, and any time you cannot show something that is part of your creative energy, you’re disappointed, but on a stage like the Super Bowl, the advertising has to work for the brand,” Radick said. “Ultimately, it’s Fox’s platform, it’s their decision, and we respect that.”

One marketing expert told Fox News that bringing politics into advertising is not the best marketing strategy.

“A good rule of thumb is to avoid political positions when promoting a brand at all costs unless your customers agree with your position,” said branding and marketing expert John Tantillo, who wrote the book “People Buy Brands, Not Companies.” “You have to attract with a message that is going to resonate with the people who buy your product –so if you get people angry about an ad, but they’re not your customers, then you don’t care about alienating people who would never buy your product to begin with.”