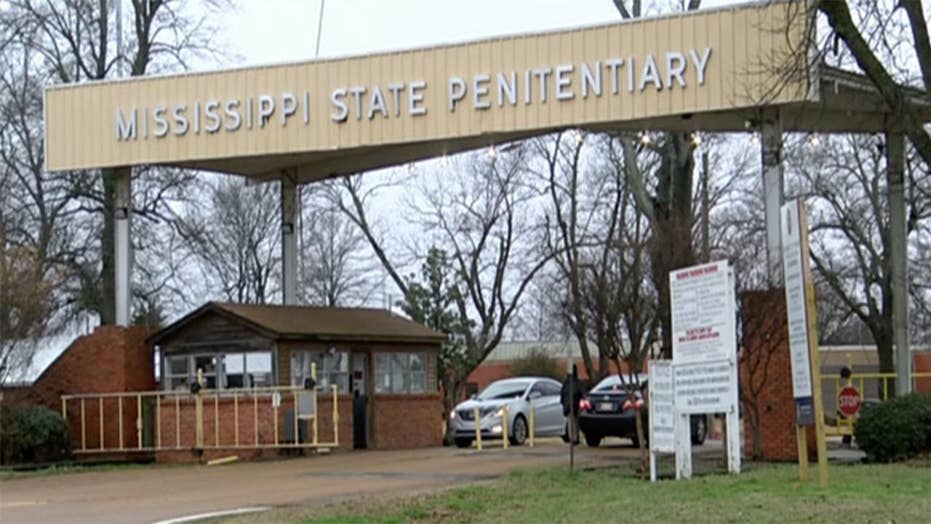 The Mississippi Department of Corrections on Tuesday said an inmate died after becoming ill while talking to a relative on the phone.

The inmate, 28-year-old Limarion Reaves, is among more than a dozen inmates who have died in Mississippi in the past month.

Several attendees waved posters calling for the state to "Fix your prisons," at a rally in front of the Mississippi Capitol in Jackson. (AP)

Most of the other deaths at the Mississippi State Penitentiary at Parchman occurred during outbursts of violent prison riots.

The deaths resulting from the riots have brought national attention to Mississippi’s dilapidated prison system, including its broken toilets and moldy showers.

Earlier this month, more than two dozen inmates sued the state of Mississippi, arguing that its understaffed prisons are “plagued by violence” and inmates are forced to live in decrepit and dangerous conditions. Rappers Jay-Z and Yo Gotti are paying for the attorneys in the case.

Mississippi Gov. Tate Reeves announced during his State of the State address that he has told the Mississippi Department of Corrections “to begin the necessary work to start closing Parchman’s most notorious unit – Unit 29.”

Many attendees of a rally at the Mississippi Capitol in Jackson, carried signs that protested conditions in prisons where inmates have been killed in violent clashes in recent weeks. (AP)

“We have to turn the page. This is the first step, and I have asked the department to begin preparations to make it happen safely, justly and quickly.”

Reeves and other officials toured part of Parchman last week. On Thursday, he said the state is taking immediate steps to try to improve living conditions that he described as “terrible.”

Health department inspections have revealed multiple problems at Parchman, including broken sinks and toilets, holes in cell walls, and widespread mold and mildew in showers.

The interim commissioner of the Department of Corrections, Tommy Taylor, said inmates in Unit 29 now have clean water to drink and warm water for showering – an option not available for some inmates for several days while prisons were on lockdown because of the violence.

Taylor said inmates no longer on lockdown have had a chance to shower and have been given fresh clothes. He added that crews have repaired toilets, patched holes that allowed rain into buildings, and repaired problems with electrical systems and heating.