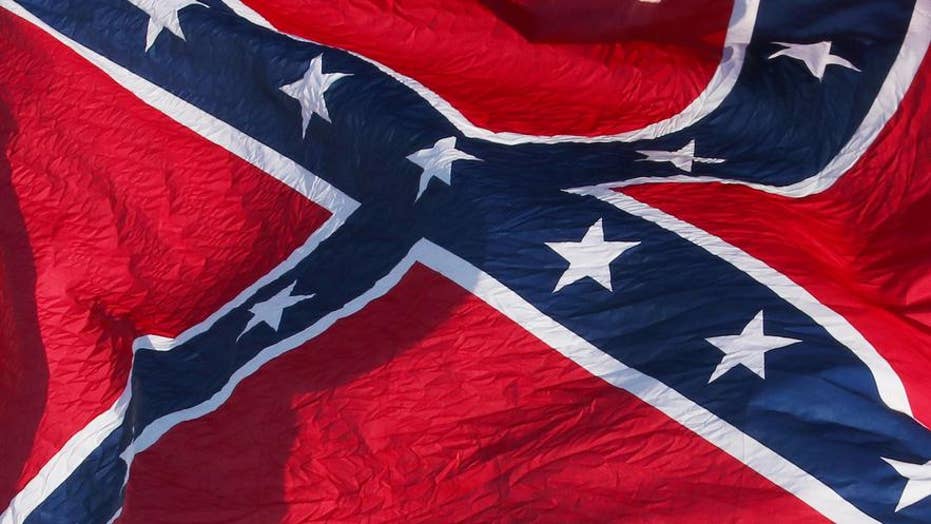 A Mississippi man was fired after a photo of him at a polling center went viral. In the picture, the man is wearing a shirt that includes the confederate flag, a noose and the words ‘Mississippi Justice.’

A Mississippi man was reportedly fired from his nursing job on Thursday after a viral photo showed him wearing a Confederate t-shirt -- emblazoned with a noose and the words "Mississippi Justice" -- while voting in the midterm elections.

The photograph, which was reportedly taken at a polling center near his home in Olive Branch, Miss., outraged fellow voters.

“Well, I was shocked when I saw it, but there wasn't anything we can do," Election Commissioner Barry Chatham told the Local Memphis.

“Well, I was shocked when I saw it, but there wasn't anything we can do."

DeSoto County officials confirmed to FOX13 that the man didn’t break any laws by wearing the divisive shirt to go vote. Laws only state that voters cannot distribute campaign literature or wear a shirt with a candidate’s name on it near a polling center.

"As far as I can tell the guy wearing the t-shirt wasn't violating the law," Chatham told the Local Memphis. "We don't have a law against wearing his expression."

But after the photo went viral, the ensuing internet backlash led to the identification of the hospital worker. Reports identified the man as Clayton Hickey, a nurse working at a hospital in Memphis, Tenn., WMC-TV reported.

His employer, Regional One Health, promptly investigated the matter internally. Hickey was fired on Thursday.

“We are committed to upholding our mission to provide compassionate care and exceptional services to all,” Regional One said in a statement. “This includes fostering a safe and protected work and care environment for all.  Behaviors contrary to these principles are unacceptable and will not be tolerated."

Hickey had previously been a police officer in Memphis, but resigned after being caught in a car with a 17-year-old girl and alcohol, WREG-TV reported.