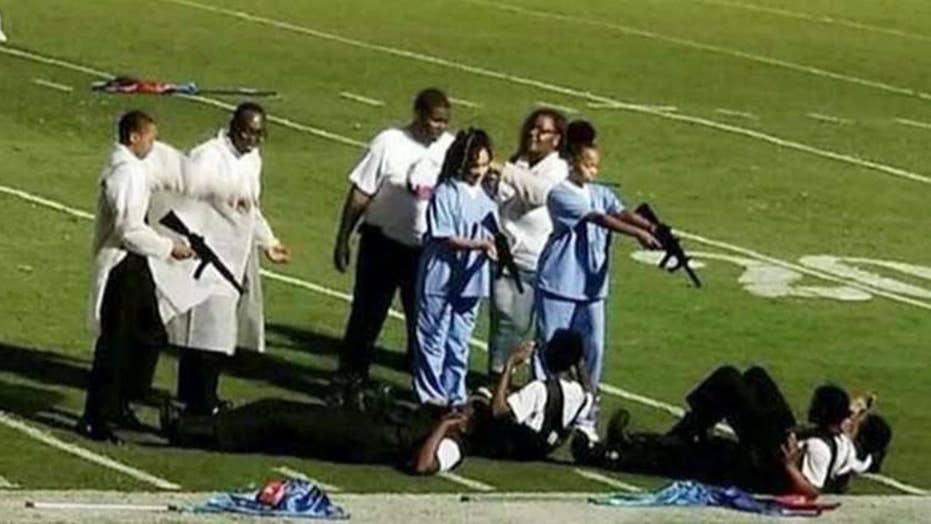 Mississippi Gov. Phil Bryant is condemning a high school band for a football halftime performance that he said was “unacceptable in a civilized society.”

Many are saying the performance Friday night by the band from Forest Hill High School depicted students dressed as doctors and nurses pointing toy guns at SWAT team members prone on the ground, WLBT-TV reported.

The performance was held at the high school in Brookhaven where two police officers were killed in the line of duty Sept. 29 responding to a call of shots fired, the station reported

Reports said the performance was based loosely on the movie “John Q,” in which a father played by Denzel Washington takes patients at a hospital hostage in order to secure treatment for his son.

“The band’s performance does not depict the values and people in our community, and was incredibly insensitive to the students, families, law enforcement officials and the entire Brookhaven community,” Jackson superintendent Errick Greene said.

The mayor of Jackson Chokwe Lumumba also released a statement.

“I offer my sincerest regrets to the Brookhaven community for the insensitivity portrayed during the Friday evening halftime show. There is an active investigation into the circumstances that led to this performance," he said, according to the station.