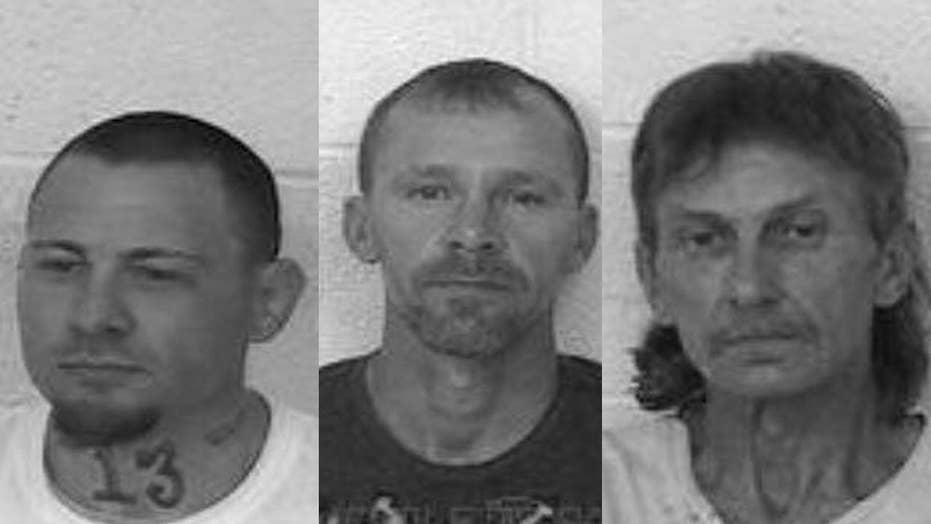 A manhunt was on Friday for two inmates who escaped from a county jail in Mississippi — as a fellow inmate was captured just across the state line in Alabama.

Mark Lindsey was taken into custody on Thursday afternoon; police still were searching for inmates David Glasco and John Brown.

The three men escaped Thursday morning, according to Prentiss County Sheriff Randy Tolar. He said he was hopeful the remaining two escapees would be captured after police created a “containment” area in Colbert County, Alabama.

“A whole slew of search personnel came into the area there and formed a perimeter and were able to contain the individuals,” Tolar told Fox News. “We still believe they’re contained in that area.”

U.S. Marshals, the Cherokee Police Department, Alabama State Troopers and the Colbert County Sheriff’s Department were among the teams assisting with the search, aided by police dogs and a helicopter.

The men escaped sometime between 1 a.m. and 5 a.m. on Thursday morning and allegedly stole a 2005 Chevy pick-up truck not too far from the jail, Tolar added. After a brief chase in Colbert County, officers lost the stolen truck, but later found it abandoned in a wooded area.

Investigators suspected one of the escapees has a girlfriend near Cherokee, Alabama, Tolar said.

He said the men should be considered dangerous, but did not have a reason to believe they were armed. He urged members of the public not to engage the men if spotted and to call 911 to report any tips.