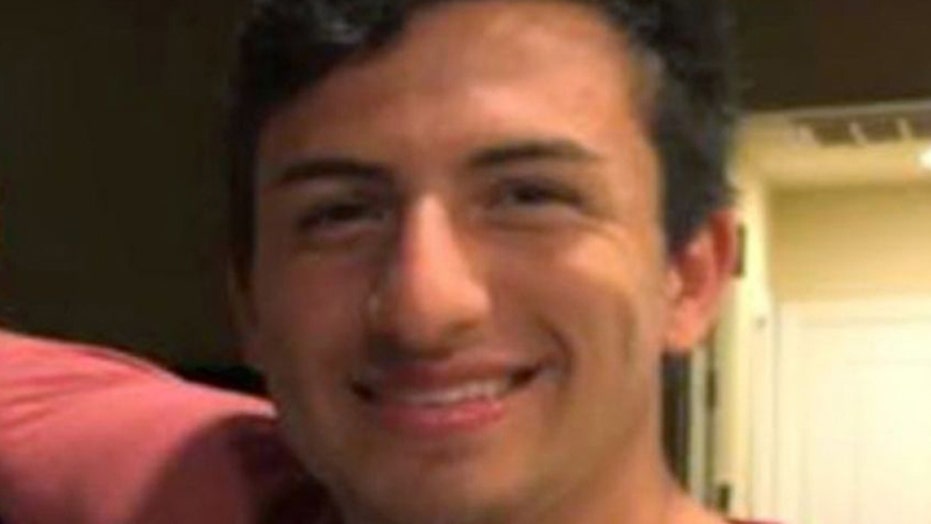 Eloi Vasquez called friend claiming to be lost and in trouble

A missing California college soccer player who was the subject of an intense weekend search was struck and killed by a car on a Los Angeles freeway early Saturday morning, just an hour after he was last seen leaving a fraternity party at another school, police said Monday.

The fatal accident on Route 10 happened about an hour later.

The driver of the car that struck Vasquez told police that a man ran in front of her just east of Vermont Avenue, about one mile from USC, and she was unable to avoid hitting him, the Associated Press reported. The investigation is ongoing.

Vasquez was pronounced dead at the scene. He was not carrying identification, which set off a missing persons search until the coroner could identify him Monday afternoon.

The driver stayed at the scene and was not charged, a Los Angeles Police Department spokesman told FoxNews.com Monday.

"The family is understandably very distraught and has respectfully asked for privacy," the LAPD said in a statement.

Friends and family told local media outlets that they frantically tried to contact Vasquez after he left the party.

"He pretty much said, 'I need you to come over here, I need help.' I asked him 'Where are you?' and he told me that he was in LA and that he didn’t know where he was at and that he was lost," a friend, Aurora Cardenas, told NBC Los Angeles. "The second time he called it just clicked. I didn’t know if his phone died, or if he hung up."

Vasquez's family had been offering a $100,000 reward for him, MyFoxLA.com reported.

Vasquez was a freshman on University of California, Berkeley's men's soccer team. According to Vasquez's biography on the team's website, he was a graduate of Marin Academy high school in San Rafael.