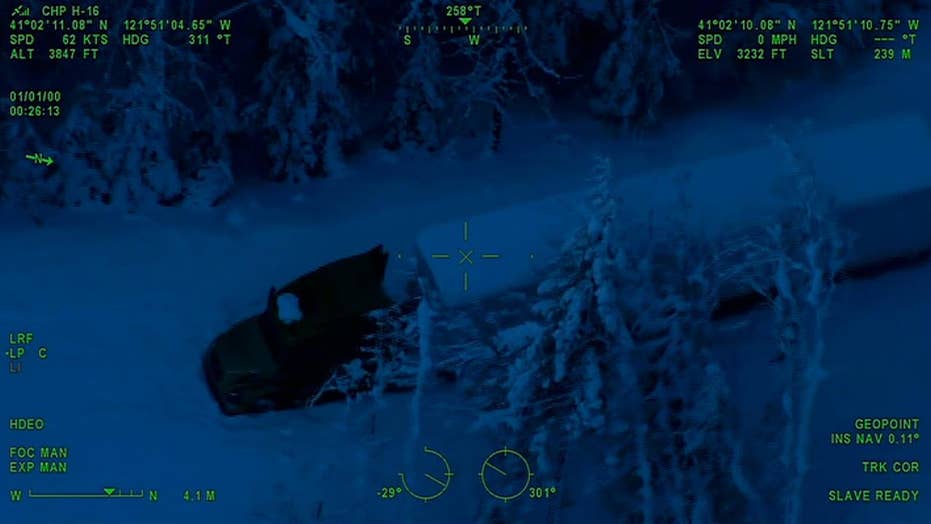 A truck driver who was reported missing last week in Northern California was found alive two days later along a snowy road, according to officials.

The California Highway Patrol said on Facebook that the truck driver was reported overdue by his company around 3 p.m. on Thursday after failing to arrive as expected earlier in the day.

GPS locations from the semi-truck placed the vehicle on Big Bend Road in Shasta County, around 45 miles northeast of Redding.

Due to snowfall and poor roadway conditions at the time, no searches were conducted until Saturday, according to the CHP.

When conditions improved by Saturday morning, air units were sent out to search for the driver near the last GPS location.

A truck driver was found on a snowy road two days after being reported missing in Northern California. (California Highway Patrol)

After an hour, officials said that the driver was found on Summit Lake Road, about 20 miles from the last GPS position.

Officials were able to make contact with the truck driver, who appeared uninjured. Another helicopter landed to rescue the driver, and he was transported to the Benton Airpark.

"The driver was assisted with finding a hot meal and a ride to a local hotel," police said.

The incident happened days after a woman with dementia was found alive in a snow-covered vehicle six days after she was reported missing in the region.