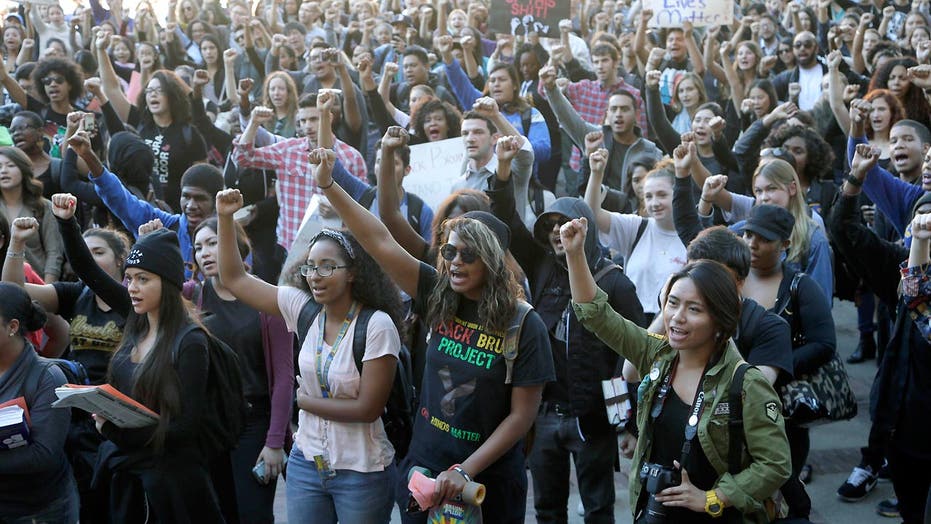 From the University of Missouri to Yale to Ithaca College, chaos and calls for resignations reign on campus nationwide as the first amendment is suppressed. 'On the Record' takes a closer look.

KANSAS CITY, Mo. – A group of minority former faculty members at the University of Missouri said the school must make changes to retain a diverse staff and address racial problems.

The MU Former Faculty of Color released a letter late Friday to support students protesting what they call a racist environment at the predominantly white Columbia campus. The statement was signed by nine former employees, all doctorate-holding former assistant, associate or full professors at the school.

They describe racist incidents that made them uncomfortable, including when cotton balls were scattered outside the black culture center in 2010, and when a racial slur was spray painted on a statue in 2011.

Interim Chancellor Hank Foley read the letter and would consider the comments, the school said in written statement Saturday, adding: "He welcomes any additional advice they would like to provide and wishes they would come back to Mizzou to help us move forward."

Foley, who is black, was named interim chancellor following the resignations last week of University of Missouri System President Tim Wolfe and Columbia Chancellor R. Bowen Loftin after the school's football team threatened to boycott all football activities until the administrators stepped down.

The faculty group's leader, Bryana French, now an assistant professor in counseling psychology at the University of St. Thomas in Minneapolis, said the recent administrative shakeup "could be a start" if it calls attention to the issues and brings in more forward-thinking leadership.