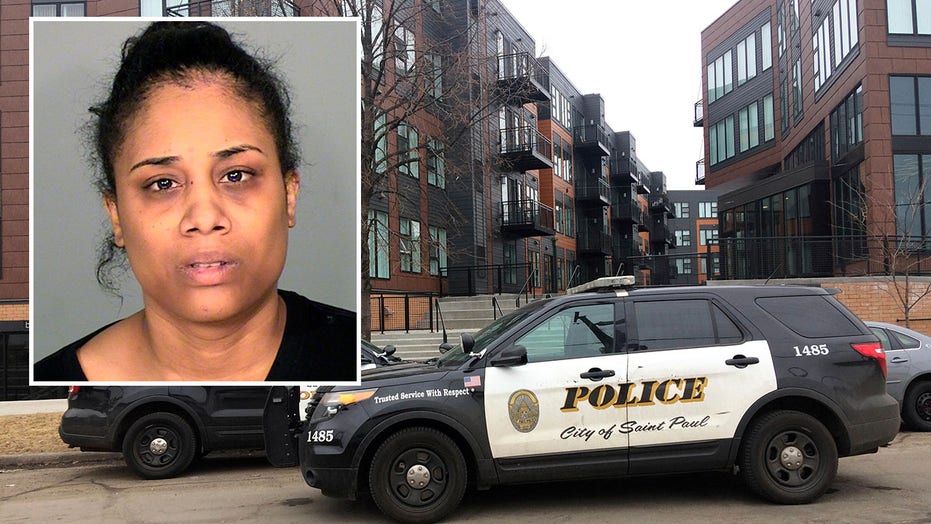 A Minnesota mom dragged her 11-year-old son out of bed and threw him off the balcony of their fourth-floor apartment, before punching and spitting on responding officers, investigators said Wednesday.

Itayvia Lloyd, 33, admitted to the attack on her child, but has yet to explain the incident, St. Paul police spokesman Steve Linders told reporters.

A witness called police after seeing the child fall from the balcony, thinking it was a suicide attempt, Linders said. The boy was found lying in a courtyard with significant injuries, and was unable to tell officers and paramedics what happened.

The child suffered at least one broken femur, a fractured jaw and head injuries, but was expected to survive, Linders said, adding he may be “injured emotionally as well.”

Lloyd is accused of yanking her 11-year-old son from bed and throwing him off their apartment's fourth-floor balcony, leaving him with traumatic injuries.  (Ramsey County Sheriff's Office via AP)

A 6-year-old sibling was also found in the apartment unharmed.

Lloyd told investigators she threw her child over the balcony and was arrested, police said.

During Lloyd’s arrest, she tried to punch an officer who was putting her in handcuffs, according to a criminal complaint obtained by FOX9 Minneapolis. After she was placed in a holding cell at a county jail, the document stated she approached an officer and spat on his face.

The boy was found in the courtyard with traumatic injuries. (Mara H. Gottfried/Pioneer Press via AP)

Lloyd was charged Tuesday with two counts of assault on a peace officer. She was not charged in the attack on her child. Her bail was set at $10,000 and she was due in court Wednesday.

Online court records do not list an attorney who can comment on her behalf. Prosecutors are still reviewing the case, Ramsey County Attorney's spokesman Dennis Gerhardstein said.

Police Chief Todd Axtell described the incident as a “tough” call and “unthinkable” for responding officers in a statement on Facebook.

“As someone who calls Saint Paul home, I feel the concern that is coursing through our community,” Axtell said. “I also know that we can and will rally around this child, his family and each other – by being kind to one another, reaching out if we see people in need and asking for help when we need it for ourselves.”