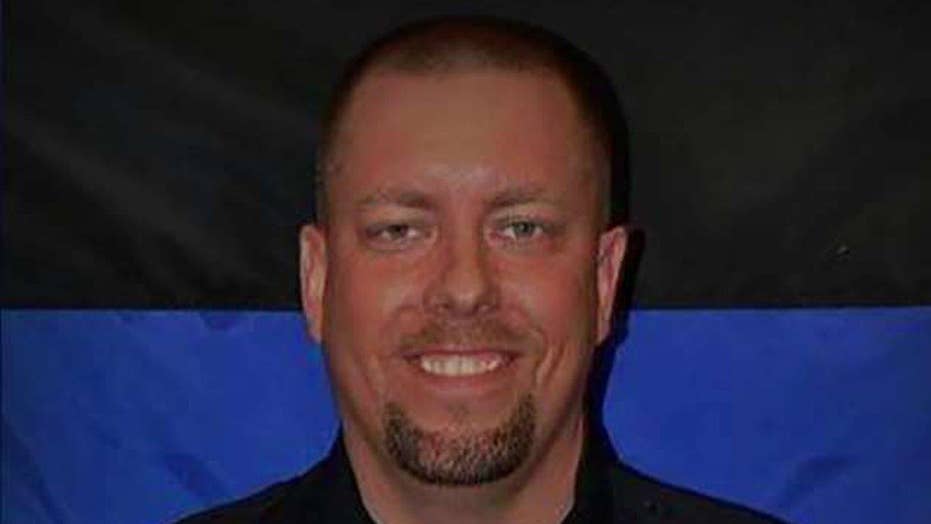 The father of a Somali man who stabbed nine people at a Minnesota mall Saturday night said he had "no suspicion" his son was connected to terrorism as the ISIS terror group claimed responsibility for the rampage.

Ahmed Adan identified the attacker as his son, 22-year-old Dahir A. Adan, who was shot and killed by an off-duty police officer after he injured nine people in a bloody stabbing spree inside Crossroads Center mall, according to the Star Tribune.

The FBI said it is investigating the attack -- which targeted seven men and two women ranging in age from 15 to 53 -- as a possible act of terrorism.

The attacker -- dressed in a private security uniform -- reportedly asked at least one victim whether they were Muslim before stabbing them, and refenced Allah ­during the rampage.

ISIS-related media claimed responsibility for the attack the next day, issuing a statement via a source.

"The executor of the stabbing attacks in Minnesota yesterday was a soldier of the Islamic State and carried out the operation in response to calls to target the citizens of countries belonging to the crusader coalition," the statement said.

President Obama said Monday there is no connection between the stabbing in Minnesota and bombings that rocked a New York City neighborhood and a New Jersey shore town over the weekend.

Two sources told Fox News that the Minnesota attacker was not known to federal law enforcement prior to the stabbings.

Ahmed Adan, whose family is Somali, told the Star Tribune through an interpreter that his son was born in Africa but grew up in the U.S. Speaking from his apartment in St. Cloud, Adan said he had "no suspicion" his son was involved in terrorist activity, while other family members said the younger Adan was a student at St. Cloud State University.

Police raided the apartment on St. Germain Street where Adan lived with his father, seizing photos and other materials, the newspaper reported.

Police responded to reports of several stabbings at the Crossroads Mall at around 8:30 p.m. local time. Witnesses also reported hearing gunshots at the scene.

Local police had three previous encounters with the suspect, most for minor traffic violations, St. Cloud Police Chief William Blair Anderson said, though he did not name the attacker.

"The FBI is actively engaged at the scene with the St. Cloud Police Department," the bureau said in a statement Sunday. "Law enforcement is in the process of ascertaining the facts as to what occurred last night."

Authorities "have no reason to believe" anyone else was involved in the attacks, Anderson said. He said the stabbings occurred in several places within the mall, including corridors, businesses and common areas.

"The entire mall is an active crime scene," Anderson said.

Jason Falconer, former police chief of Albany, Minn., was shopping when he confronted the suspect, who was dressed as a private security guard.

"Officer Falconer is one of my most experienced officers at the city and I am personally grateful for his years of service with us," Nellis said during a press conference Monday. "In my opinion, given Officer Falconer’s training and abilities, he was the right person at the right place at the right time Saturday night to prevent this incident from getting worse.”

“If I was gonna ask anybody to fire live rounds in a mall, I would trust his abilities," Nellis said.

According to a 2010 American Community Survey data, there are approximately 85,700 Somalis in the U.S., around 25,000 of whom live in Minnesota.