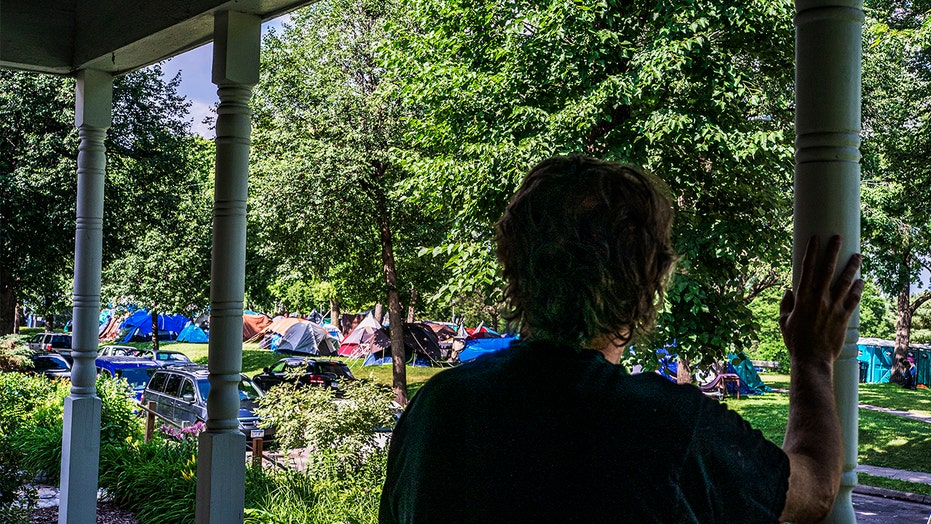 Minneapolis officials are grappling with escalating violence at a homeless encampment inside a city-owned park that saw one person shot Tuesday and several reported sexual assaults in recent weeks.

Hundreds have gathered at Powderhorn Park near the downtown area in recent weeks and began erecting tents after many were evicted from hotels, the Star Tribune reported. Last month, the city began allowing homeless residents to stay overnight in parks.

The city's Park and Recreation Board estimates around 800 people are living in the park, which has seen the number of tents surge from 415 last week to 560, according to a report. In a move that began with good intentions, the board rejected a plan on July 1 to restrict homeless encampments in parks across the city.

In the days since, several assaults have been reported.

The most recent act of violence occurred Tuesday when a man was shot in the face and arm inside the Powderhorn encampment. He was expected to live, a spokesperson for the Minneapolis Parks Police told Fox News. No suspects were arrested.

Peter Gross, who has lived in his house across the street from Powderhorn Park since 1993, sees homelessness as part of a larger problem and would like to see a solution for those who cannot be housed. (Photo by Richard Tsong-Taatarii/Star Tribune via Getty Images)

Other incidents include a girl who was reportedly hospitalized following an alleged attack by a man. An arrest was made and criminal charges are pending. In addition to crime, public restroom locks have been broken and electrical outlets have been rewired so encampment residents can power their cellphones, according to an update provided to the board this month.

The panel is expected to vote Wednesday whether to limit the number of parks available for temporary encampments during its meeting.

A spokesman for Mayor Jacob Frey did not immediately return calls from Fox News about the encampments. In a webinar last week, Frey addressed the escalating violence at the park with the business community.

“Obviously, the encampment has grown to an untenable size,” he said. “In its present state and in the direction that it is going, it’s not safe, and the truth is that there is an infinite need for services.”

Three attacks occurred in hours between late June 26 and early June 27, the newspaper reported. Later on June 27, one woman reported being assaulted at the park. She received medical attention and a 40-year-man was arrested and charged with groping her in their tent.

Julia Rainey, left and her mother Tonya Rainey live next to each other in a tent compound. Both women struggle with chronic homelessness having spent time at the Wall, the Hiawatha encampment, and now at Powderhorn. (Photo by Richard Tsong-Taatarii/Star Tribune via Getty Images)

One man who lives at the park told the newspaper he's seen arguing but no fighting. A nearby property owner said some tenants have had their cars broken into and home windows tampered with.

"Yes, taxpaying residents are moving out of Minneapolis because there is no one protecting their rights to a safe neighborhood," Susan Viergever told the Star Tribune.