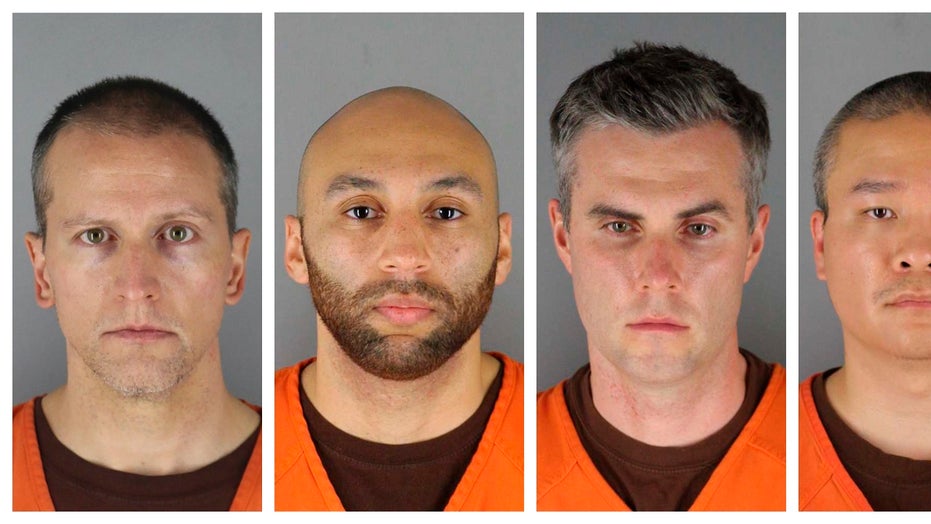 Body-camera footage from two Minneapolis police officers involved in George Floyd's deadly arrest were made public Wednesday, documenting the critical moments leading up to his death as he pleaded with officers to let him go.

"I'm not a bad guy!" Floyd said as he struggled with officers in the presence of onlookers. One bystander tells Floyd, "You can't win."

The recordings were taken from the body cameras of former officers Thomas Lane and J. Kueng, who were fired and subsequently charged -- with two other officers -- in Floyd's death. Derek Chauvin, who pinned his knee on Floyd's neck for nearly nine minutes faces a second-degree murder charge. Lane, Kueng and Tou Thao are charged with aiding and abetting.

The footage was released Wednesday but only available for viewing by appointment. Judge Peter Cahill decline to allow publication of the video, without explanation.

The footage shows the officers approaching Floyd outside a convenience store, where he was accused of trying to pass off a counterfeit $20 bill. When he didn't display his hands, Lane pulls his weapon, causing Floyd to say he had been shot before.

Floyd is handcuffed but pleads with the officers not to put him in a squad car because of his claustrophobia. He winds up on the ground during a struggle while the officers attempt to hold him down.

Chauvin and Kueng each grip one of Floyd’s handcuffed hands to hold them in position behind his back, with Kueng’s knee appearing to press on Floyd’s bottom or just below. Lane is at Floyd’s feet.

Floyd stated "I can't breathe" more than 20 times during the May 25 arrest as Chauvin pressed his knee into his neck.

“Then stop talking, stop yelling, it takes a heck of a lot of oxygen to talk,” Chauvin responded, according to transcripts of the incident released last week.

At one point, Floyd called for his mother and children, saying, “Tell my kids I love them. … I’m dead."

Bystanders can be heard expressing concern for his condition. Kueng checks for Floyd's pulse but doesn't find one. 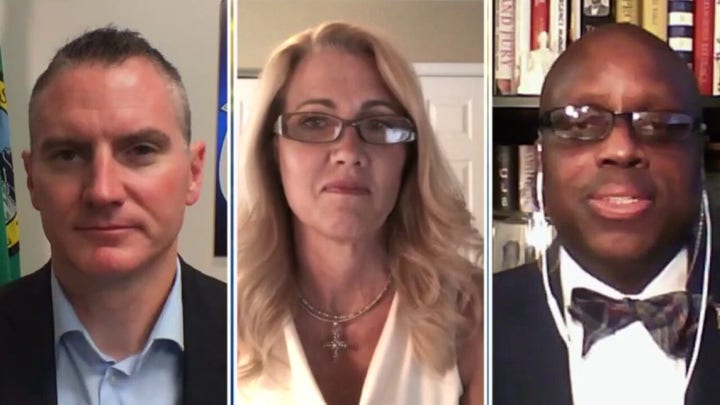 Lane's camera shows an unresponsive Floyd on an ambulance stretcher where he is instructed by EMTs to perform CPR. Lane performs chest compressions with no response, according to the video.

The ambulance parks a few blocks away for several minutes while Lane and an EMT attend to Floyd. The video's release came on the same day Floyd's family announced a lawsuit against the city and the police officers.

"This complaint shows what we have said all along, that Mr. Floyd died because the weight of the entire Minneapolis Police Department was on his neck," Ben Crump and other lawyers representing Floyd's family said in a statement.

Media outlets and lawyers for Lane and Kueng have pushed to make the body camera footage video widely available, arguing that it would give a complete picture of the events leading up to Floyd's death.

Attorney Ben Crump speaks during a news conference Wednesday in Minneapolis accompanied by co-counsel members, announcing a civil lawsuit against the city of Minneapolis and the officers involved in the death of George Floyd on Memorial Day. (AP Photo/Jim Mone)

Lane's attorney, Earl Gray, filed a motion last week to have the video and transcripts released as part of a request to have charges against his client dismissed. He told the Star-Tribune they would give the "whole picture" regarding the officers' actions.

Floyd's death sparked nationwide protests against police brutality and racial injustice that has unleashed a reckoning over police tactics and the appropriate use of force. As a result, a number of local governments, including Minneapolis, have begun efforts to reform their law enforcement agencies through budget cuts and removing officers from public schools.