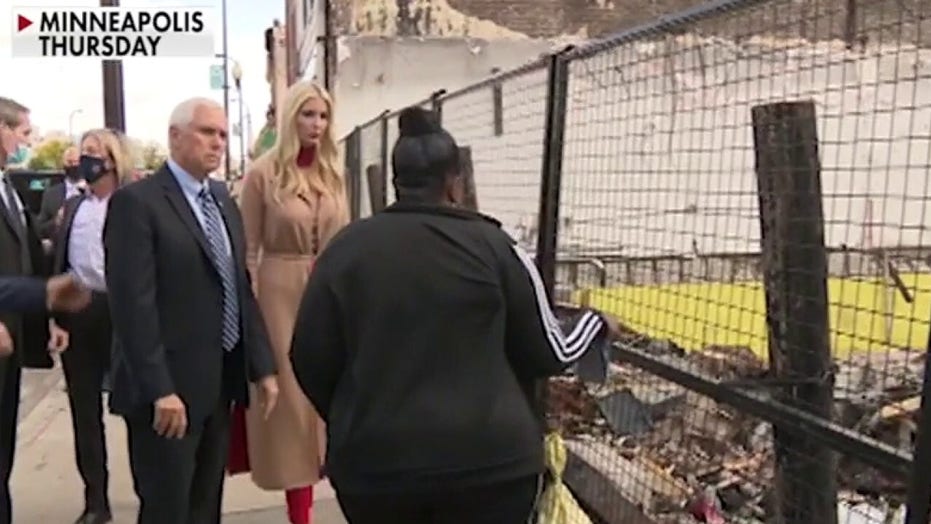 Some members of the Minneapolis City Council may have regrets regarding the controversial pledge to dismantle the city's police department made after the death of George Floyd in May, according to a new report.

After conducting interviews with multiple council members who voted to approve the pledge, the New York Times' report reveals that the vow may not be as firm as previously thought.

Council member Andrew Johnson, who supported the pledge in June, told the outlet that he meant the words "in spirit,” not by the letter. Meanwhile, Council member Phillippe Cunningham said the language in the pledge was "up for interpretation.”

Council President Lisa Bender added that she believes the pledge "created confusion in the community and in our wards.”

Some relatively moderate council members, like Linea Palmisano, chose not to take the pledge, telling the Times that the council has "gotten used to these kinds of progressive purity tests."

In a text message obtained by the Times, Palmisano outright objected to the move.

“I’m not taking any pledge, if that means people throw bottles at me then fine,” Palmisano wrote.

Councilwoman Lisa Goodman, who also was not part of the nine who voted for the pledge, told Fox News that she has "no regrets about that then or now."

Meanwhile, younger council members like Alondra Cano and Jeremiah Ellison, who vowed on Twitter to "dismantle the Minneapolis Police Department" and "end the policing system," are sticking to it.

Cano reportedly warned in the text message chain that the pledge is "the only way to stop all the fighting and division.”

In addition to council members, Minneapolis Mayor Jacob Frey also expressed his doubts about the pledge.

“I think the initial announcement created a certain level of confusion from residents at a time when the city really needed that stability,” Frey told the Times. “I also think that the declaration itself meant a lot of different things to a lot of different people – and that included a healthy share of activists that were anticipating abolition.”

Both the mayor and the nine Minneapolis City Council members who supported the pledge did not immediately return Fox News' requests for comment.

The pledge was announced following the death of Floyd, a Black man who died in May after a White Minneapolis police officer knelt on his neck for nearly nine minutes.

The latest revelations come as residents of Minneapolis' Southside voice concerns about rising crime in the area and frustration with the city's response to the ongoing civil unrest.

The city approved a plan on July 24 to move $1.1 million in funding from the police department to the Minneapolis Health Department for "violence prevention efforts."

The Minneapolis Public Health and Safety Committee on Thursday also released the beginning stages of a community safety plan that aims to find alternatives to police and policing activity through proposals such as mental health co-responder teams, domestic violence outreach and a violence prevention fund.

The committee told KARE 11 that community members will have the opportunity to make public comments on the plan on Oct. 8.