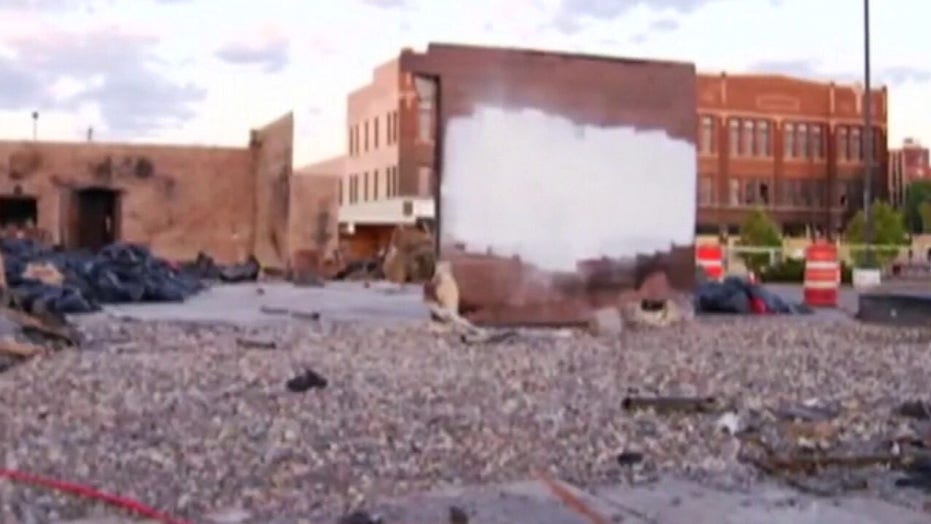 Minneapolis is commending the Minnesota Freedom Fighters, who are Black men with AR-15s and Glocks and wearing tactical vests and bandannas who provided extra community security in the wake of protests after the death of George Floyd, according to reports.

“It's important to have men from the community step up for the community,” Sasha Cotton, director of the city's Office of Violence Prevention, told the Los Angeles Times. “It's their right to be out on the streets and it's commendable. There are black residents who in the early days of the unrest felt vulnerable ... and still do.”

One of the men helping out is Robert Sayers, a fire inspector for the city of Minneapolis.

He said seeing violence, fire and looting was his call to action.

“We could not and still cannot allow destruction in the city,” the 52-year-old said. “This is about filling the gap we see between police and community... It's really about harm reduction.”

Floyd, a Black man who was handcuffed, died May 25 after Derek Chauvin, a White officer, pressed his knee against Floyd’s neck even as Floyd said he couldn’t breathe. Floyd’s death was captured in widely seen bystander video that set off protests around the world.

“We're all professional men in our day jobs. We're fathers and husbands, we're uncles, we're mentors. But at night and during times of need, we're out doing what we need to do for our community. It's not about putting a gun in anyone's face. It's providing a layer of protection that our presence brings.”

He’s grateful he found other men -- about two dozen black men -- to man up with him and be of service.

“This is about us taking a stance to patrol and protect our community. This is something that was asked of us during a time of unrest, and we saw that there was a need,” Jackson added. “That sparked some purpose in some of these men's lives to understand that their value was not just in protecting buildings that don't belong to us, but also in protecting the people that actually live in the community.”

Rev. Tim Christopher, whose church is in north Minneapolis, said the image of the Minnesota Freedom Fighters gave him relief.

“It's been a breath of fresh air,” he said. “Seeing an armed black man — knowing he is here to take care of the community, nurture the community — is a blessing.”