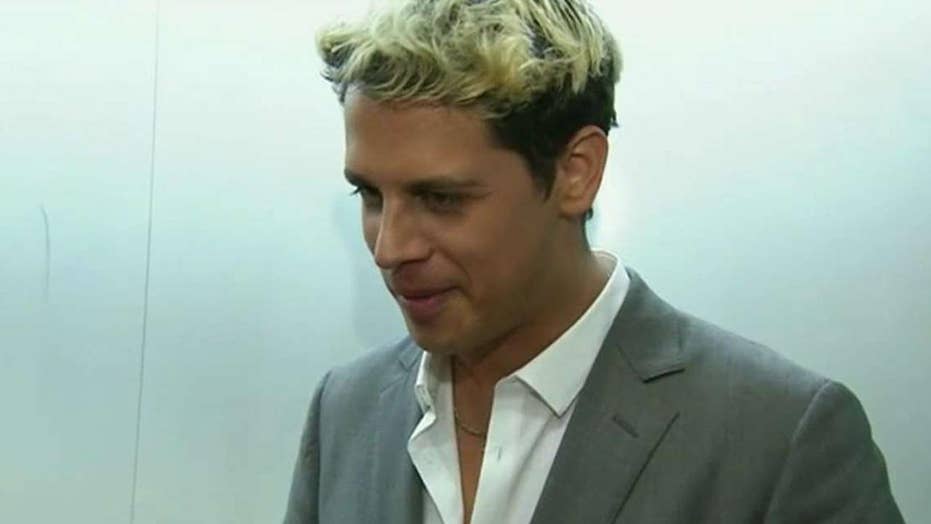 Former Breitbart News editor and professional provocateur Milo Yiannopoulos is planning a comeback at the University of California, Berkeley.

That same month, video surfaced of him condoning sexual relations with boys as young as 13 and laughing off the Catholic Church’s pedophile priest scandal.

BATTLE FOR BERKELEY: WILL COULTER SPARK ANOTHER CLASH?

He resigned from Breitbart after his bosses called his comments indefensible and appalling. He also lost a lucrative book deal.

“In light of recent controversies, I am planning a huge multi-day event called Milo’s Free Speech Week in Berkeley later this year,” Yiannopolous said on Facebook.

”We will stand united against the 'progressive' Left,” he said. “We will loudly reject the venomous hectoring and moral hypocrisy of social justice warriors. Free speech belongs to everyone — not just the spoilt brats of the academy.”

Berkeley is bracing for trouble next week after the conservative commentator Ann Coulter vowed to show up at an event the university cancelled citing threats of rioting.

Officials, police and even the campus Republicans who invited Coulter say there is reason to fear violence in what is being called the Battle for Berkeley.

Berkeley's reputation as one of the country's most liberal universities, in one of America's most liberal cities, has made it a flashpoint for the nation's political divisions in the era of Donald Trump, the Associated Press reported.