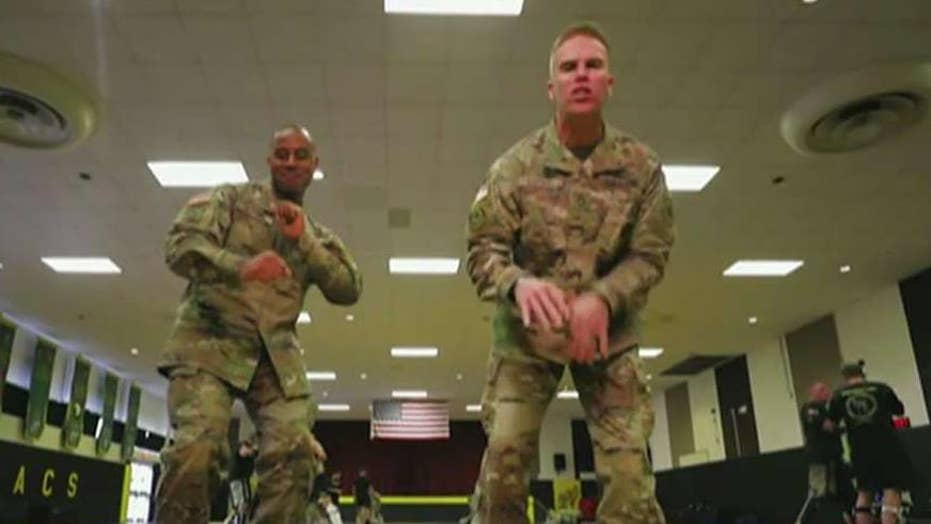 Officers produce a hip-hop video, attend videogame conventions and use social media to get the message out; Jennifer Griffin reports.

High schools across the country are highlighting their soon-to-be graduating students' intentions to join the military.

At Robertsdale High School in Robertsdale, Ala., on Thursday, 28 students enlisted in the military, according to Fox affiliate WALA-TV. It was the school's first such event, where the students signed paperwork to join various branches including the Alabama National Guard, the U.S. Army, Navy and Air Force.

Dario Sforza, the school principal and acting superintendent, told Fox News on Thursday, "We hope this inspires leaders to have the courage to recognize and celebrate all students' skills, abilities, talents and post-secondary selections — not only the academically and athletically gifted."

The principal told NorthJersey.com that the four students — 4 percent of the 100-student class — make up the largest amount of graduating seniors he's seen enlist in the military during his time at the school.

Another eight students in Clarkston, Mich., committed to joining the armed forces once they graduate during a ceremony at Clarkston High School on Wednesday.

Alex Hunt, a student who will join the Air Force Reserve Officer Training Corps program at the University of Alabama, told WDIV-TV he feels as though his enlistment will be "more of a betterment for me."

"I'm growing as a person," he told the news outlet. "I'm going to become a better human being by coming through this. It's going to make me grow."