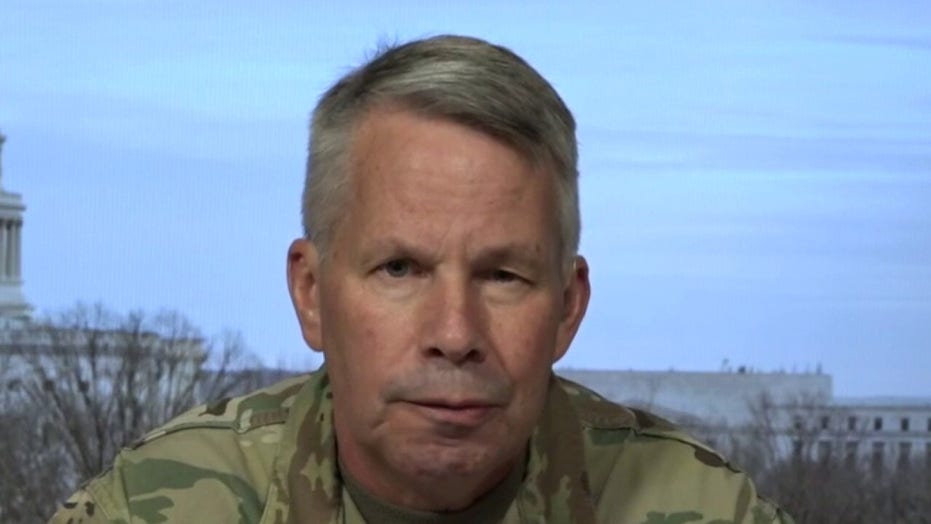 Army Corps of Engineers mobilizes across America to combat COVID-19

Lt. Gen. Todd Semonite, USACE, explains how the Army Corps of Engineers is helping coordinated the construction of hospitals nationwide

Military recruitment in the U.S. is struggling in the face of the coronavirus threat, recruiters are finding.

The coronavirus quarantines and “shelter-in-place” orders have shut down most recruiting stations across the nation. They have forced recruiters to turn to alternative methods, which are not as effective as in-person, face-to-face recruitment.

“They usually won’t run away if you’re talking to them in person,” Marine Gunnery Sgt. Kevin Meyer said, noting that if they are online or on the phone, they can just hang up.

“They just stop responding, and the conversation just ends without a conclusion.”

In this image provided by the U.S. Army, recent Army basic combat training graduates have their temperatures taken as they arrive at Fort Lee, Va, on March 31, 2020, after being transported using sterilized buses from Fort Jackson, S.C. (U.S. Army via AP)

States have increasingly turned to America’s armed forces for help in combatting the pandemic, but the lack of new recruits means that the services could fall short of their enlistment goals by thousands. If the lockdown drags on, the military could end up pressuring current troops to extend their service in order to maintain readiness.

“This is going to have somewhat of a corrosive effect on our ability to have the numbers of people that we really need,” said Maj. Gen. Lenny Richoux, director for personnel for the Joint Chiefs of Staff. “The concern, it is growing.”

So far, people are too concerned with their own financial and health care worries to consider signing up.

“We were well ahead of glide path when this thing hit, which is good because it gave us some maneuvering room,” said Maj. Gen. Frank Muth, head of Army Recruiting Command.

“Let’s go in softer,” he said he told recruiters. “Start a dialog. It’s a call to service, a call to the nation. Your nation needs you now. More of that. And then let them come to us.”

NATIONAL GUARDSMAN IS FIRST US SERVICE MEMBER TO DIE FROM CORONAVIRUS

The hope is that the various efforts the military has undertaken to help the nation during the pandemic would drive up interest. The Navy has provided hospital ships USNS Mercy and Comfort, the Army has established field hospitals in Seattle, and the National Guard has provided aid to struggling communities.

Those efforts have happened even as the coronavirus hits the armed forces.

The Navy had a tumultuous week after an outbreak of the virus was reported aboard the USS Theodore Roosevelt. The commanding officer, Capt. Brett Crozier, wrote a letter describing the situation on board. Crozier was later relieved of duty for not following the chain of command after his letter was sent from an unsecure email address and was published in the San Francisco Chronicle.

After testing the sailors on the ship, 155 cases were confirmed among the crew.

Recruiters have seen rising unemployment as a possible drive for new recruits to join the armed services. This week, reports stated that around 701,000 jobs disappeared in March, unsurprising after nearly 6 million people have now reported for unemployment.

Army Staff Sgt. Bradley Martin, a recruiter in Tampa, said he spoke to a young man who, like many, got laid off because of the pandemic’s economic impact.

“He was sitting around thinking about his future and said he wanted to do something to be successful,” said Martin, who spoke to the prospect through FaceTime about Army careers and the tuition reimbursement program.

“We ended up having a great conversation.”