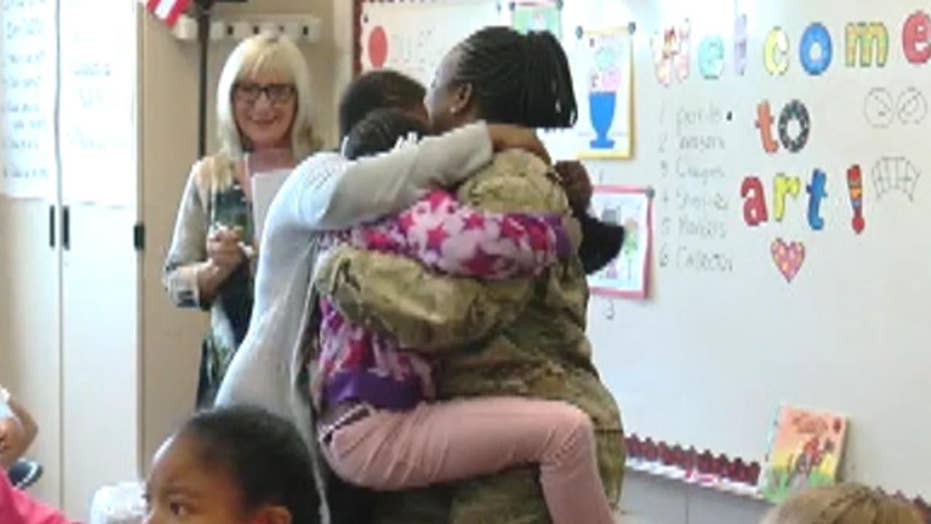 A military mom surprised her three children at a Colorado elementary school Monday when she came home nearly a month early from her deployment in Qatar.

Little did they know U.S. Air Force Master Sgt. Bethany Anderson-Burrs was instead going to be their guest.

The homecoming was even something of a surprise for Anderson-Burrs.

Her husband said keeping the special appearance secret from their four children, Eliana, Eve, Kaleb and Robert, was no easy task.

“It was difficult,” Robert Burrs said. “They ask a lot of questions. Like their mom, they’re very inquisitive.”

Anderson-Burrs said the reunion at the school reminded her about why she serves.