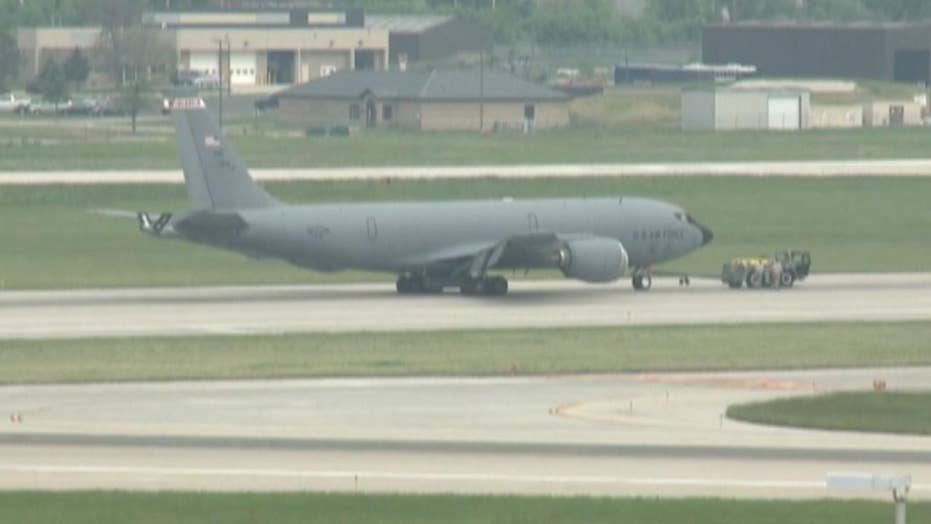 A military aircraft made an emergency landing in Milwaukee, Wisconsin.

A KC-135 Stratotanker aircraft (KC-135) based out of Mitchell Air National Guard Base experienced an in-flight emergency on Wednesday. It returned to Milwaukee after experiencing what is believed to be a lightning strike.

Officials say the crew safely landed and exited the aircraft that was met by emergency response crews.

The 128 Air Refueling Wing Maintenance Group sent out a tow team to tow the aircraft off the runway so that normal operations at Mitchell International airport could resume.

The runway was closed so the Crash Fire Rescue team could perform response tasks. However, planes are taking off once again.

An investigation into the cause of the emergency will be initiated.

Mitchell International Airport temporarily delayed all flights in and out of the airport during this incident. There are two runways that normally handle commercial traffic. But one of them is shut down this summer for construction.