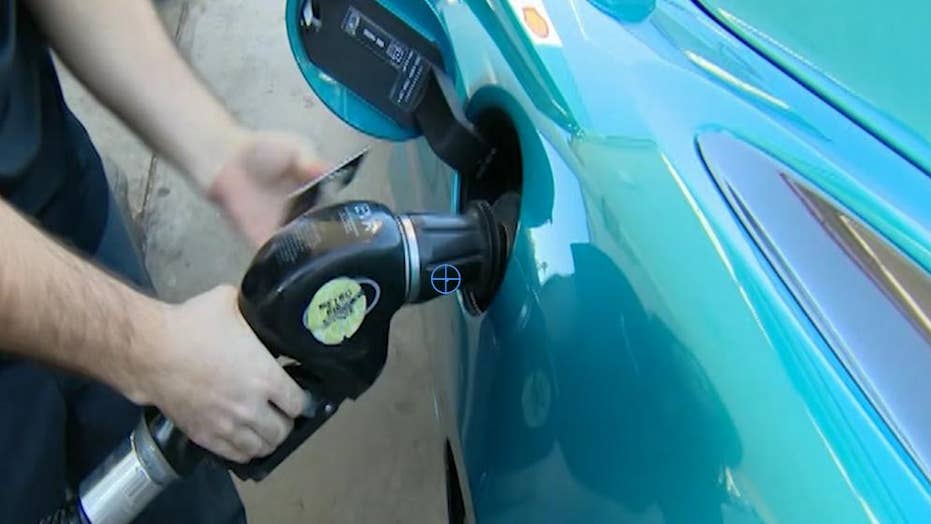 KANSAS CITY, Mo. -- As waters from last week’s catastrophic floods in the Midwest begin to recede, people are getting a chance to assess the damages in the region.

Several people have lost their homes, farms, and livestock. In Nebraska alone, farmers and ranchers face up to $880 billion in losses. But, the consequences of the devastation are being felt beyond the heartland. Several railroad tracks are damaged, affecting the shipment of ethanol and, in turn, potentially raising gas prices weeks before summer driving season.

Several railroad tracks were damaged by the floods, affecting the shipment of ethanol from the Midwest to refineries throughout the country.  (Fox News)

Ethanol is an alternative fuel commonly made from corn. It’s typically shipped out of the Midwest by train or truck to coastal refineries like those in Texas. The product is then blended with refinery-made fuel so it can meet the Renewable Fuel Standard.

Almost all U.S. gasoline is blended with 10 percent ethanol. Now, disruptions in the railway service are threatening a supply crunch.

“There’s been about a 15 percent disruption. There are about 200 units that are producing it. They’re able to make the ethanol, they just can’t get it out to markets,” Krishnamoorti said.

“There are a handful of ethanol facilities that are temporarily halted or have certainly reduced output because of the flooding,” Cooper said.

A spokesman for Valero, a Texas-based fuel company, confirmed its stations in the Austin market switched to non-ethanol blended gasoline this week.

“Several markets in the Rocky Mountain and Pacific Northwest have become very tight and ethanol prices have risen in those markets because of the supply situation," the letter said, in part. "Additionally, markets in Texas are now solely providing finished ethanol-free gasoline, usually sold at a cost of 20-40 cents higher than regular ethanol-blended fuel.”

“We’re seeing a direct reflection of the shortage of ethanol in ethanol prices being escalated in the commodities market,” added Krishnamoorti.

Waters are receding. Still, many face a long road to recovery after the catastrophic floods led to property, crop, and livestock losses. (Fox News)

But Cooper believes there is no need for alarm just yet. He said the large amounts of ethanol in storage would help offset the disruptions in the market.

“It’s our hope that the ethanol that’s in storage in the Gulf Coast region and across the nation is going to be sufficient to tide those markets over until the rail lines get reopened,” he said.

Union Pacific and BNSF Railway did not mention when repairs to the tracks will be finished.