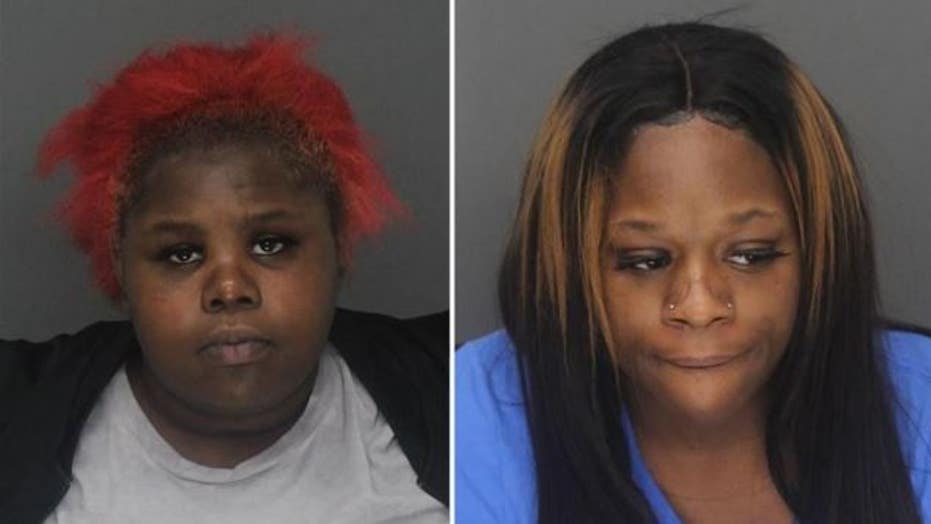 Two Michigan women were arrested last week for allegedly dragging a cop with an SUV while fleeing other officers, police said on Monday.

Officers responded to a JCPenny in Troy – about 25 miles north of Detroit – on Dec. 21, regarding two women suspected of retail fraud, Detroit’s Fox 2 reported.

When officers approached the women, later identified as 23-year-old Markayla Darvay Pruitt, and 21-year-old Zetorria Frances Ellis, they ran through the parking lot and got into a black 2008 Saturn Vue, police said.

Pruitt then put the SUV into drive and accelerated forward, partially trapping the officer on the passenger side inside the vehicle, police said. The officer was dragged until Pruitt allegedly hit a parked car, causing the door to slam into the officer.

She then allegedly hit another parked car, causing the passenger door to hit the officer a second time, WDIV-TV reported, citing officials.

Pruitt allegedly tried to make another getaway, but the other officer pulled out his gun and ordered her to turn off the vehicle, according to the station.

The injured officer was taken to a hospital for treatment. The Troy Police Department on Monday said he is recovering from his injuries.

Pruitt and Ellis were arrested and charged with first degree retail fraud and assaulting, resisting and obstructing a police officer causing injury and assault with a deadly weapon, WDIV-TV reported.