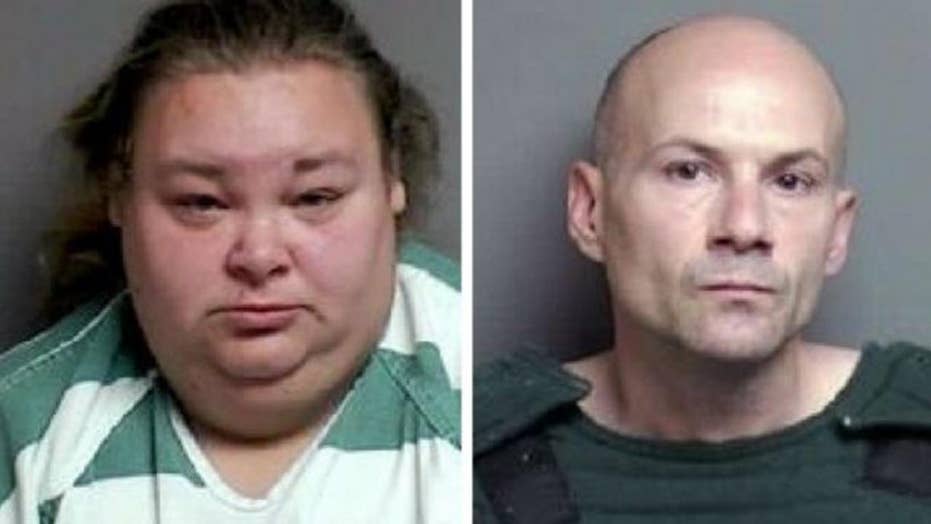 Michigan couple reportedly kept special needs woman in vacant shed and sold her online for sex according to police.

A Michigan couple kept a woman with special needs in a vacant shed and sold her online for sex, police said.

Michael Welch, 38, and Misty George, 30, of Macomb Township, were charged Tuesday with “human trafficking and prostitution earnings,” FOX2 Detroit reported. George was also charged with “using a computer to commit a crime,” the media outlet reported.

It was not clear when the suspects were arrested.

Welch and George, who were believed to be dating and living together, were accused of keeping a woman, 29, with “both mental and physical disabilities” in a vacant shed close to their residence, police said.

They were also accused of creating advertisements selling a date with the woman, who was not identified, and putting the ads on an online website. FOX2 Detroit reported a few men answered the advertisements and paid Welch and George for sexual services.

The woman was originally allowed to live in the couple’s home but she was forced out after she could not afford to pay rent that Welch and George requested. The woman was also barred from using the home’s shower and restroom.

Police were notified of the crime by the victim’s family on Sept. 12, the Detroit Free Press reported.

"Once the victim left the mobile home park, family discovered what had occurred and contacted police," a press release from the Macomb County Sheriff’s Office said.

It was not clear how long the victim was living in the shed and how she met George and Welch.

"Instead of helping this profoundly special-needs person, George and Welch took her support money, forced her to live rough in an outside shed, and sold her as a prostitute," Macomb County Prosecutor Eric Smith said. "As your heart breaks for this vulnerable woman, your conscience is shocked by the abusive cruelty one human being is capable of showing to another.”

He added: "The Sheriff and the Prosecutor's Office are resolved to bring some measure of justice to this young woman, and to get her the support and treatment she needs."

After Welch was arraigned, he tried to escape from a police vehicle and a short foot chase ensued before officers caught him and returned him to Macomb County Jail, police said. Welch will face new charges for trying to escape.

"Be wary of opportunities that seem to be good to true and always be aware of your surroundings," Wickersham said. "Parents are urged to monitor their children's social media accounts and look into those people who associate with your children."