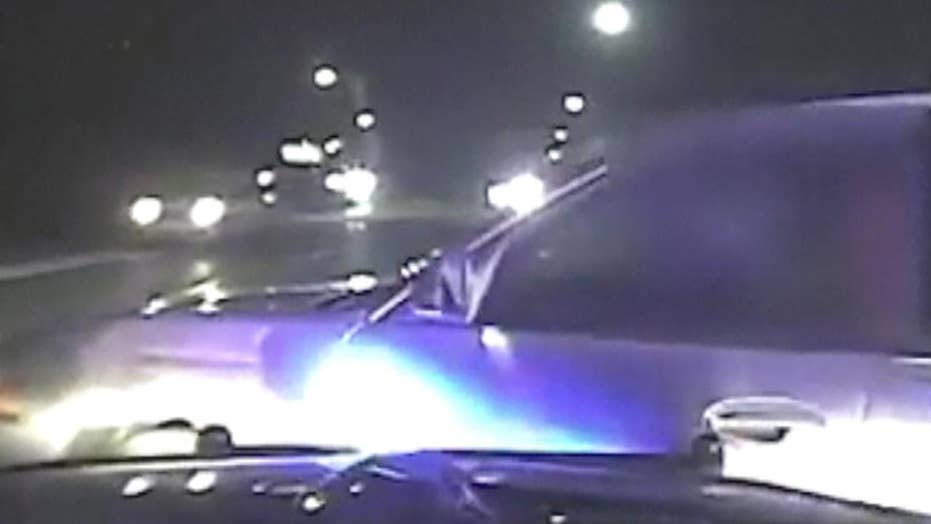 A Michigan police officer was in the right place at the right time Thursday to stop a sleeping driver headed the wrong way down a major highway.

The Wyoming Police Department told FOX17 that Officer Tony Jacob was driving on U.S. 131 around 2:45 a.m. when he spotted the vehicle.

Lt. Eric Wiler told FOX17 that without Jacob's quick actions, the wrong-way vehicle "most certainly would have hit another vehicle head-on."

The driver, who reportedly hadn't slept for 40 hours, was cited for reckless driving.

Wyoming Police said no one was injured during the incident, and that it should serve as a reminder about the dangers of drowsy driving.