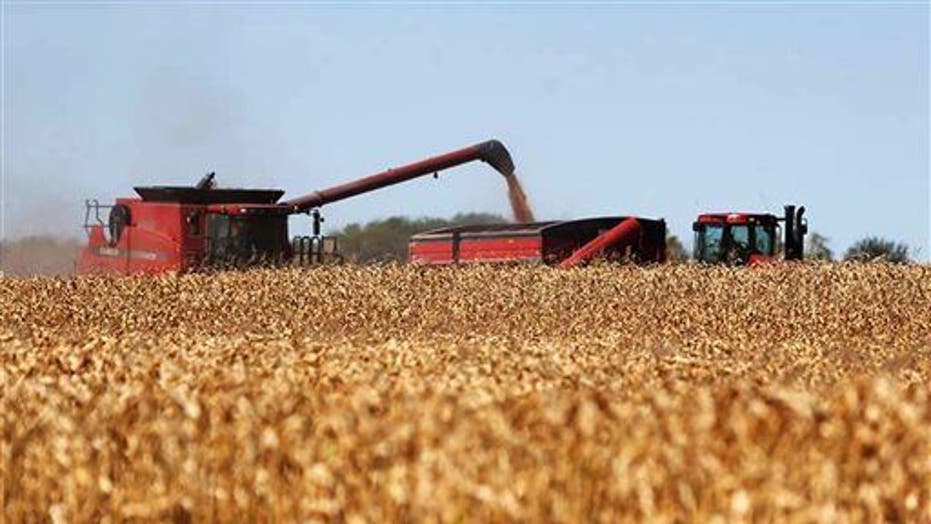 A Michigan deer hunter, 14, died on Saturday after he apparently fell asleep in a cornfield and was run over by a corn harvester, according to reports.

Emergency responders were called to a field in Chandler Township -- located about 240 miles northwest of Detroit -- just before 9 a.m. A farm worker found the teenager after driving over him, a news release by the Huron County Sheriff's Office said.

Authorities said the 14-year-old, of Elkton, had been dropped off in the field so he could hunt deer. The machine operator, a 25-year-old from Pigeon, was harvesting the field with a large Krone corn chopper, according to the Huron Daily Tribune.

File photo of a cornfield in South Dakota. (Not the cornfield where the boy was killed on Saturday.) (AP Photo/Aberdeen American News, John Davis, File)

"Unaware anyone was in it [the field], the hunter was accidentally driven over and found by the chopper operator a very short while later," the paper reported.

Investigators said they believed the boy may have fallen asleep upon arriving at the field. He was pronounced dead at the scene.

The Huron County Medical Examiner's Office has ordered an autopsy.