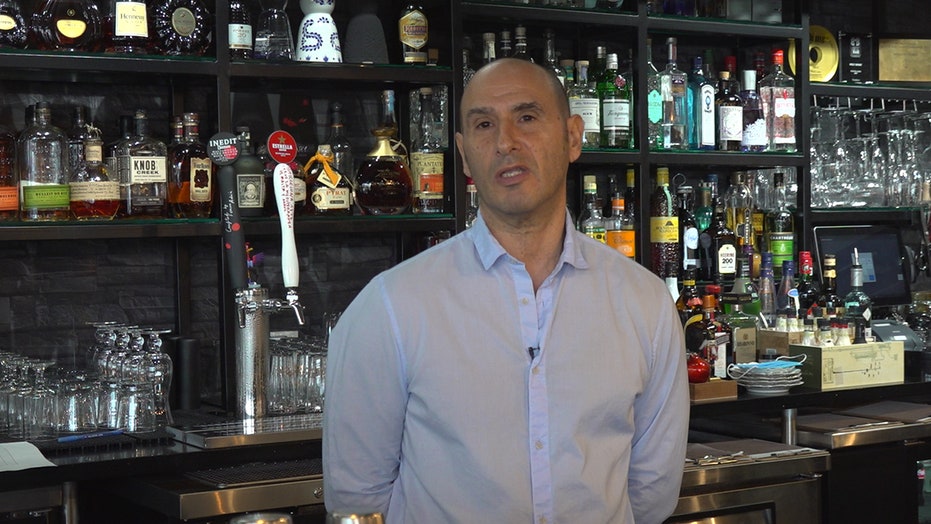 MIAMI –– With many Floridians back in business, a sense of normalcy has returned for some restaurant owners, including George Yiannikakis.

“Like the rest of the restaurants, we got hit pretty bad in the sense that there was not much we could do. For us, the priority is to fill the existing capacity,” said Yiannikakis, the owner of Amaranthine restaurant in Miami Shores.

But with a spike in new COVID-19 cases, restaurant owners fear that may not happen. Miami is pausing its “phase three” reopening, which includes allowing restaurants to operate at full capacity, due to health concerns. That phase also would allow businesses including movie theaters, nightclubs and bars to reopen.

With many people back in business, the state's reopening brought a sense of normalcy back to restaurant owners like George Yiannikakis in Miami. (Elina Shirazi)

“If there would be an official mandate for the restaurants to open to 100 percent, people would feel that things are very safe. It is like giving people the green light to go out,”  Yiannikakis said.

“Just in three weeks in the state, we've gone from 175 cases per day to 2,200 cases per day,” said Dr. Charles Lockwood, the senior vice president at the University of South Florida Health.

“The first reason is, there's absolutely no doubt about it, tremendous increase in testing, and that accounts for 80 percent of the increase. So no problem there," he said. "But we have some hints now that maybe about 20 percent are due to younger folks primarily that aren't abiding by social distancing. They aren't using face covers, are being reckless because young people think they're invulnerable ... and they're getting infected."

Health officials say, for now, holding off isn't the worst idea. Charles Lockwood, the senior vice president at the University of South Florida Health says the spike is due to an increase in testing, and young people who aren't abiding by social distancing guidelines. (Elina Shirazi)

He added, “As far as data, we've also gone from 35 deaths per day to 31 deaths per day. That's good. Hospitalizations have been dropping, but they've basically gone the last three weeks from about 127 to 150 per day. So we're going to watch that very carefully. Test negative rates basically essentially stayed the same. In the last week, it's gone from 94 to 94.4 percent. I mean, that's not enough to to set your hair on fire, but it makes me nervous.”

Miami is pausing it’s phase three reopening because of health concerns. The next phase would allow certain businesses like movie theaters, nightclubs and bars to reopen, and of course, restaurants to be at full capacity. (Elina Shirazi)

The Miami mayor’s office said staff members are reviewing data on the number of new coronavirus cases each day. The city’s reopening will remain on hold until they see a downturn.

“We really just at this point, need to do what we promised we would do. Face masks, social distancing, that kind of thing. And if we do it, we can be successful in the economic reopening of the state,” Lockwood said.