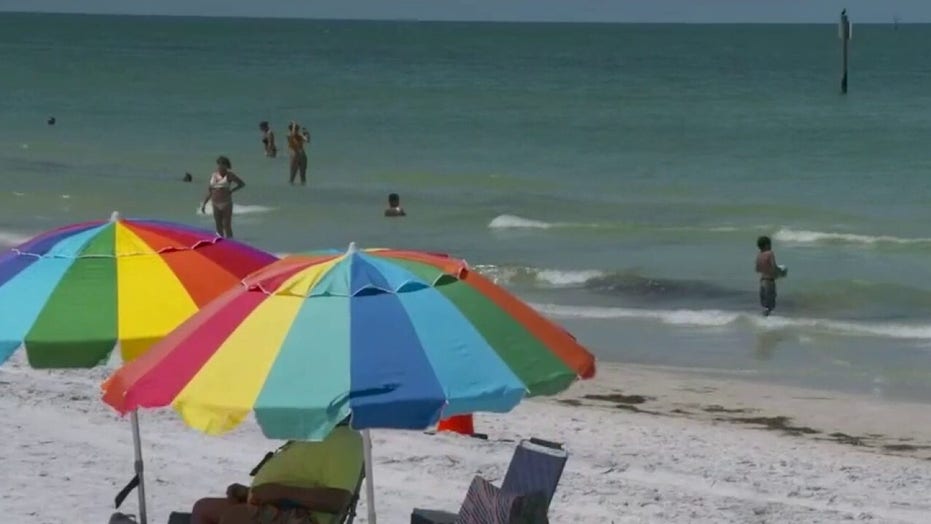 A public park in Miami Beach, which had reopened just five days before, was closed once again on Monday after park rangers issued thousands of warnings to visitors over the weekend because they weren't wearing face masks amid eased coronavirus measures.

“A majority of those were in South Pointe Park which is now closed," police said.

“Friendly reminder that you MUST wear a face cover when enjoying any one of our open #MBParks,” the City of Miami Beach said in a separate tweet, announcing the closure.

City Manager Jimmy Morales made the decision after park rangers reported “serious compliance issues with respect to masks at certain facilities and rudeness towards the staff, especially at South Pointe Park,” the Miami Herald reported.

“We have had city staff in the park to encourage people to comply, but they were met with hostility and non-compliance,” Morales said in a statement. “There is no way to effectively enforce social distancing when hundreds of individuals refuse to do so. The best way to protect our residents and first responders is to keep it closed until further notice.”

South Pointe was among the public parks, golf courses and marinas in Miami Beach reopened on April 29 as the city began relaxing restrictions put in place to curb the spread of the coronavirus.

MIAMI BEACH, FLORIDA - APRIL 29: A Park ranger speaks to visitors in South Pointe Park on April 29, 2020 in Miami Beach, Florida. The city of Miami Beach partially reopened parks and facilities including golf courses, tennis courts and marinas as it begins easing restrictions made due to the COVID-19 pandemic. (Photo by Cliff Hawkins/Getty Images)

The city mandated that “facial coverings must be worn on the beachwalk and baywalk, except by children under the age of 2, persons who have trouble breathing due to a chronic pre-existing condition, or persons engaged in strenuous physical activity or exercise.”

Florida, as of Tuesday, recorded at least 37,439 confirmed coronavirus cases, with at least 1,471 deaths, according to the state health department.

Its statewide stay-at-home order expired last week, and local officials in South Florida – once the hotspot for infection – and other areas began easing restrictions.

The rules for parks and greenspace reopenings posted on the Miami Beach website said organized activities, including sports, fitness classes, or any commercial use activity would be prohibited. Gatherings of 10 or more people remain banned, and some pedestrian trails have been marked as one-way.

The city also warned that social distancing measures would be strictly enforced with penalties and fines.

Beaches in Pinellas County had been closed for six weeks before Monday’s reopening, which attracted thousands of visitors, the Tampa Bay Times reported.